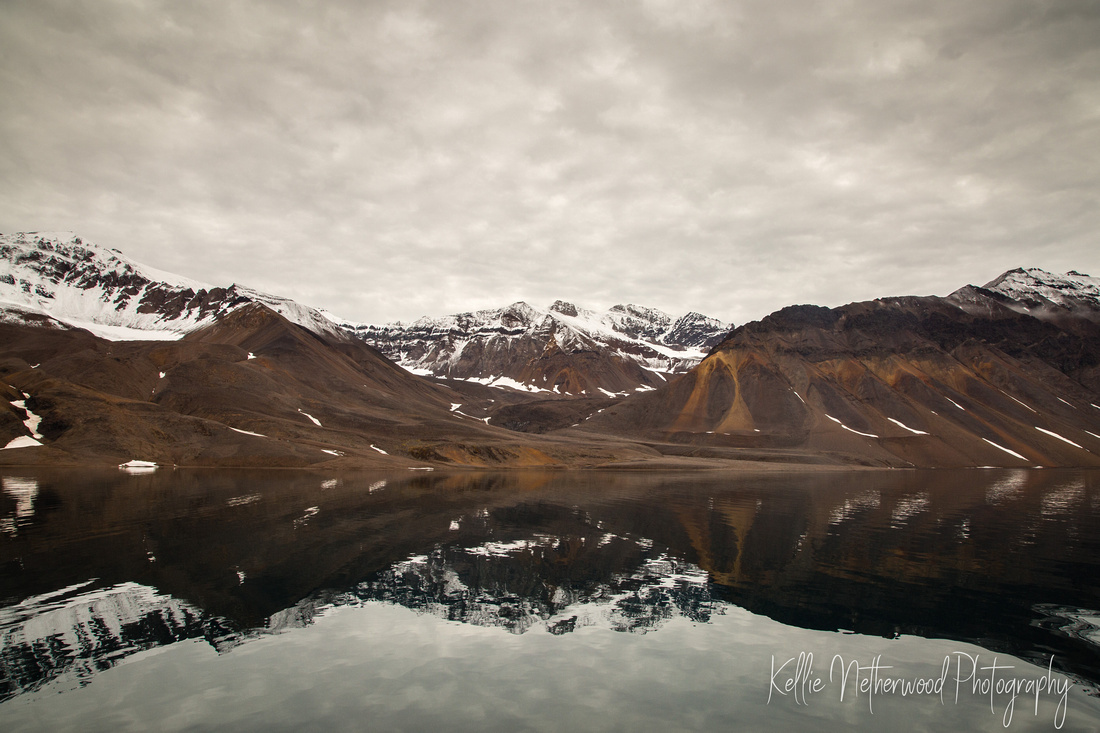 Close your eyes and imagine the landscape of Greenland. What do you see?

Is it a network of narrow passageways with ice-choked fjords reflecting glaciers and snow-capped mountains on crystal clear water?

Do you hear the crackling of ice, as you navigate your way around grounded icebergs, their attempt to reach sea thwarted by shallow waters?

Are you surrounded by tundra-covered slopes in a valley that has come alive with a burst of short-lived autumn colours?

Is the sun setting over a bay of large icebergs, each of uniquely shaped by its journey through the fjords from the glacier it calved from?

Are you standing on a peak, with a vast and breath-taking icescape stretching out in front of you as far as the eye can see?

Is the morning sun revealing a kaleidoscope of colours on a rugged and geologically diverse coastline?

Are you walking across rocky and uneven terrain, alongside ancient ruins that were once Thule winter houses and food caches?

Is a small purple flower growing alongside a musk ox skull, symbolising the extreme harshness and contrast of the region?

Do you look up to see cloud-like shadows morph with intensity into a vibrant dancing aurora borealis?

These are all scenes I personally enjoyed in East Greenland. But if you’d asked me that question on the first day of the journey, my answer would have been influenced – naively – by the ice cap that covers more than 80% of the island and only included the words “glacier”, “iceberg” and “fjord.”

Within minutes of beginning our traverse through Kong Oscar Fjord however, I knew I would need more words!

After a rough first day at sea – and me reluctantly becoming ‘that’ traveller who brags about not suffering from seasickness one day only to eat my words the next – we made a left turn into north-east Greenland and sailed through the calmer Davy Sund.

This would lead us into Kong Oscar Fjord, one of the largest in the area and our ‘road’ to our first landings in Greenland at Drømmebugten, Ella Island, Botanikerbugt and Skipperdal Valley. 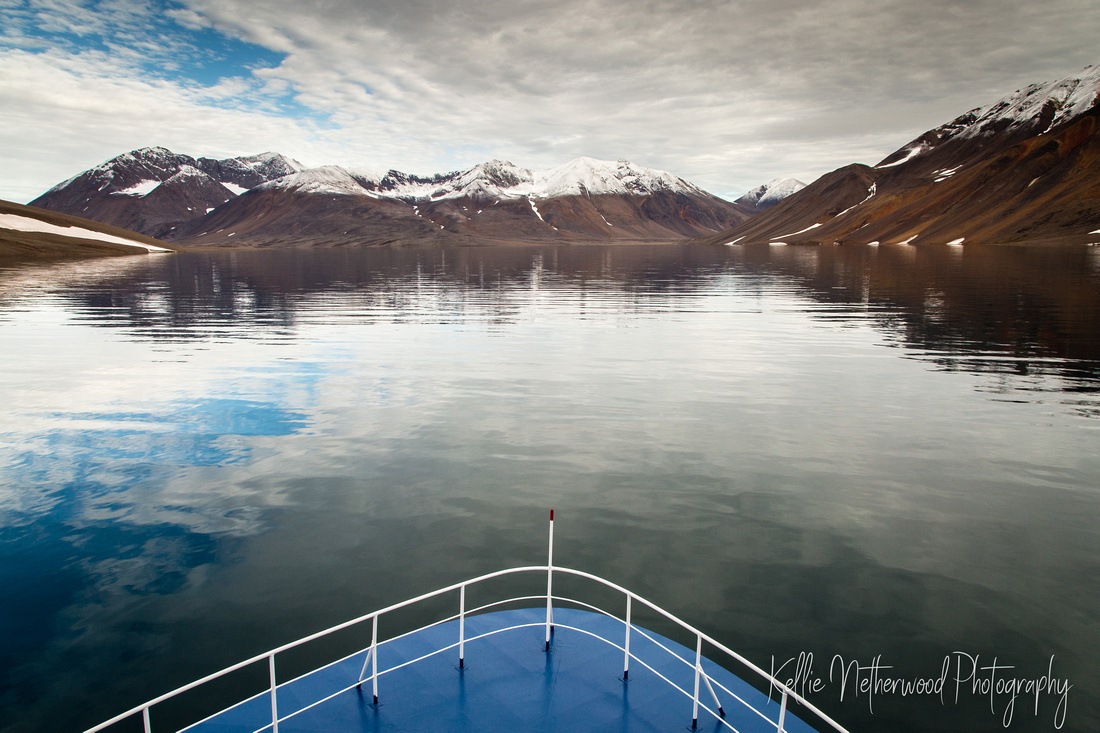 I was not prepared for the geological diversity, varied terrain, historical significance and vibrant colours that were features of the locations we would explore over the next few days.

It was a spectacular introduction to the largest island in the world and wet my appetite for things to come. It challenged my vocabulary and ensured I could never again ‘imagine’ the landscape of Greenland in just one sentence. 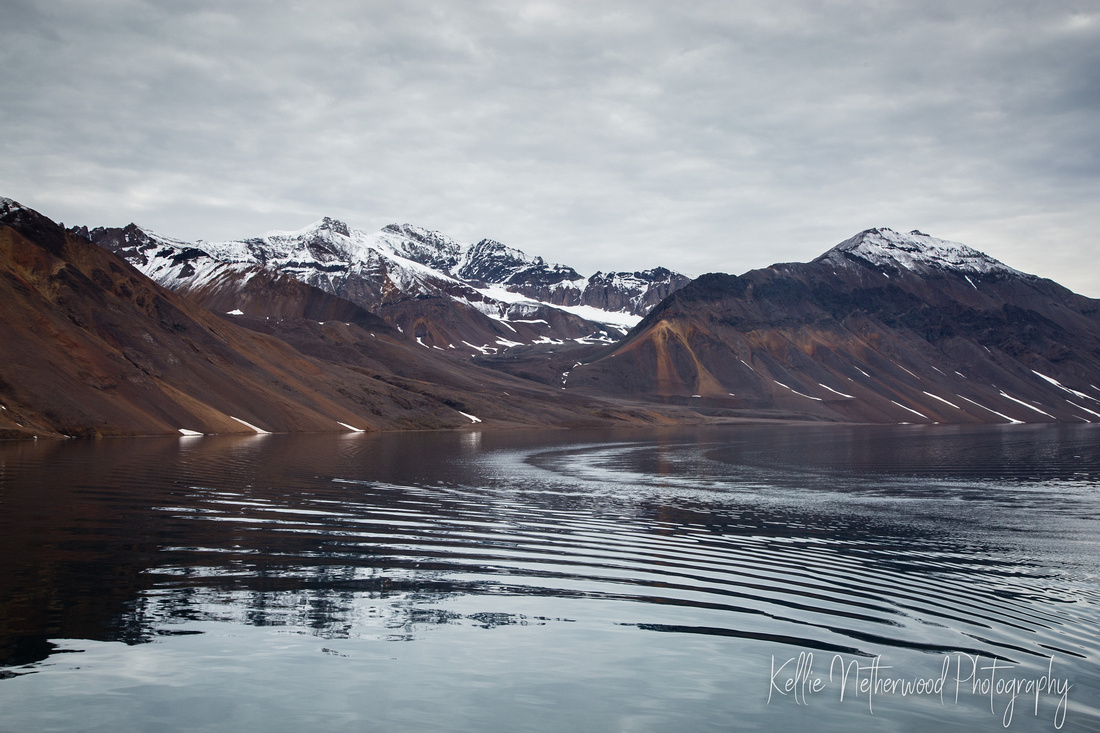 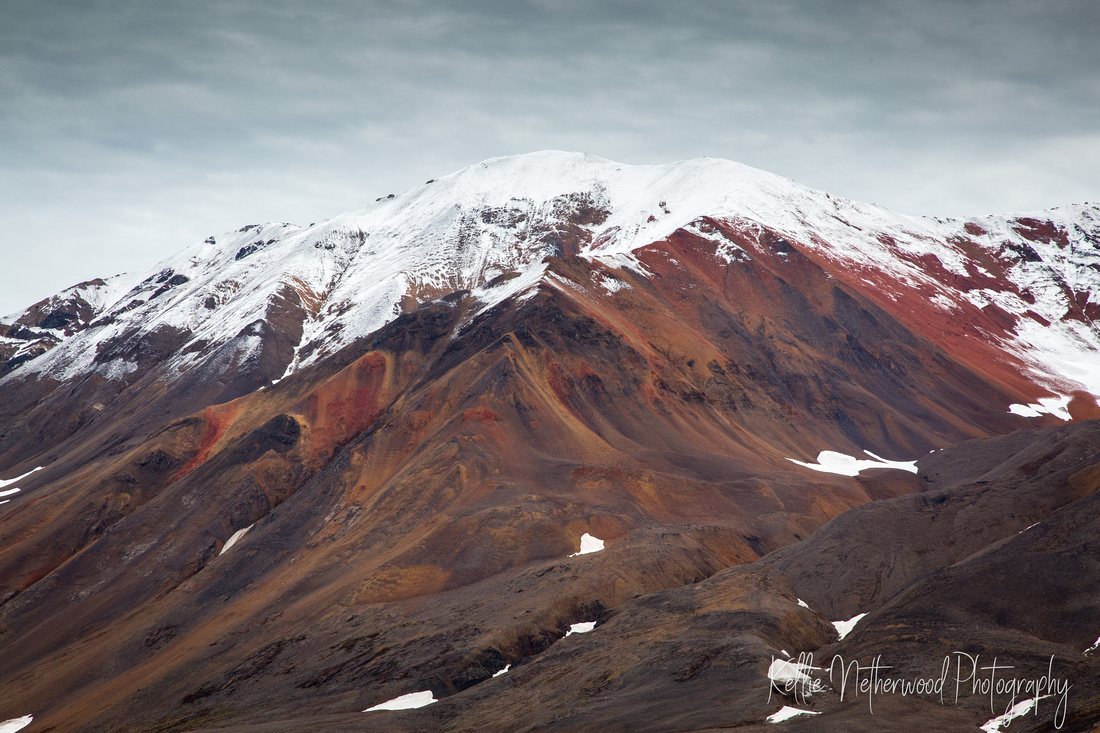 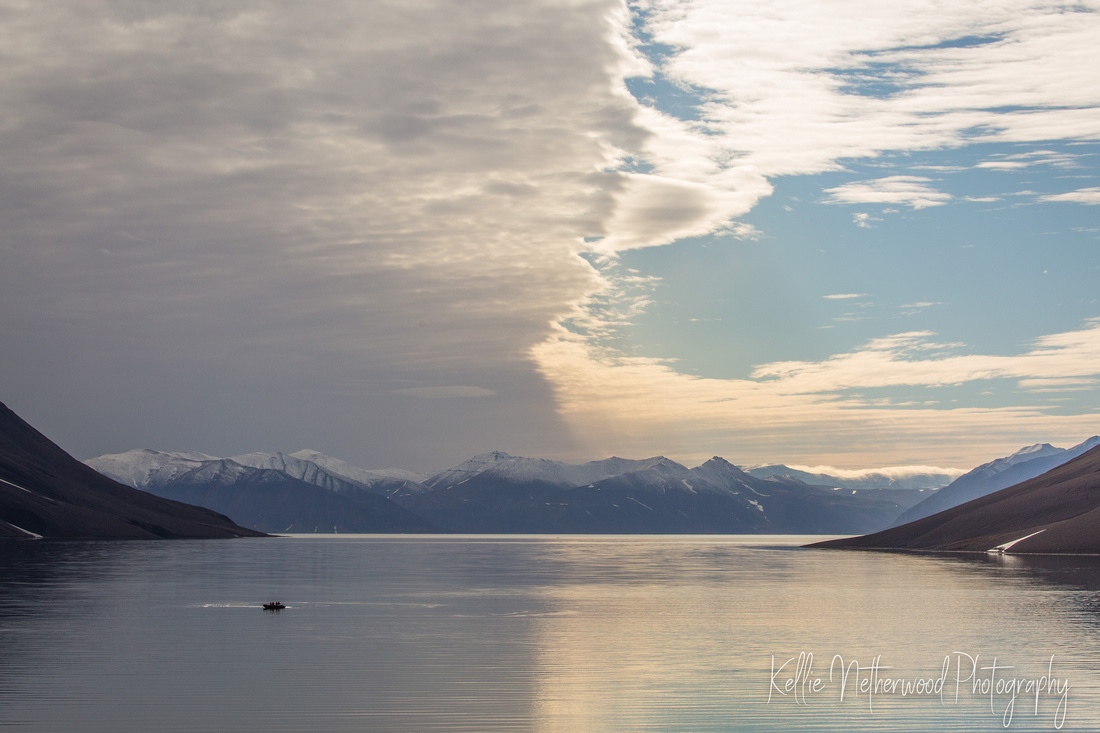 Located on the south-east side of Traill Island, this deep bay was first seen by the Nathorst Expedition in 1899 and was back then thought to be a significant new fjord.  The discovery of its somewhat restricted extend gave rise to many jokes, and its name as Drømmebugten (or 'Dream Bay' in English) 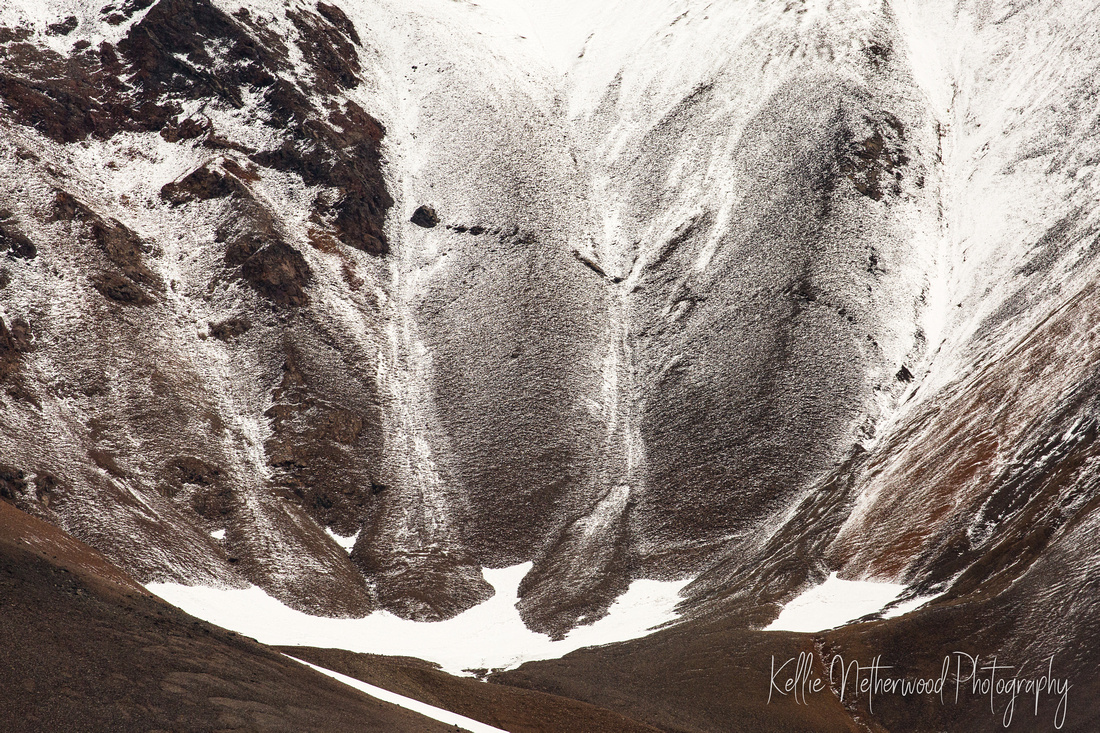 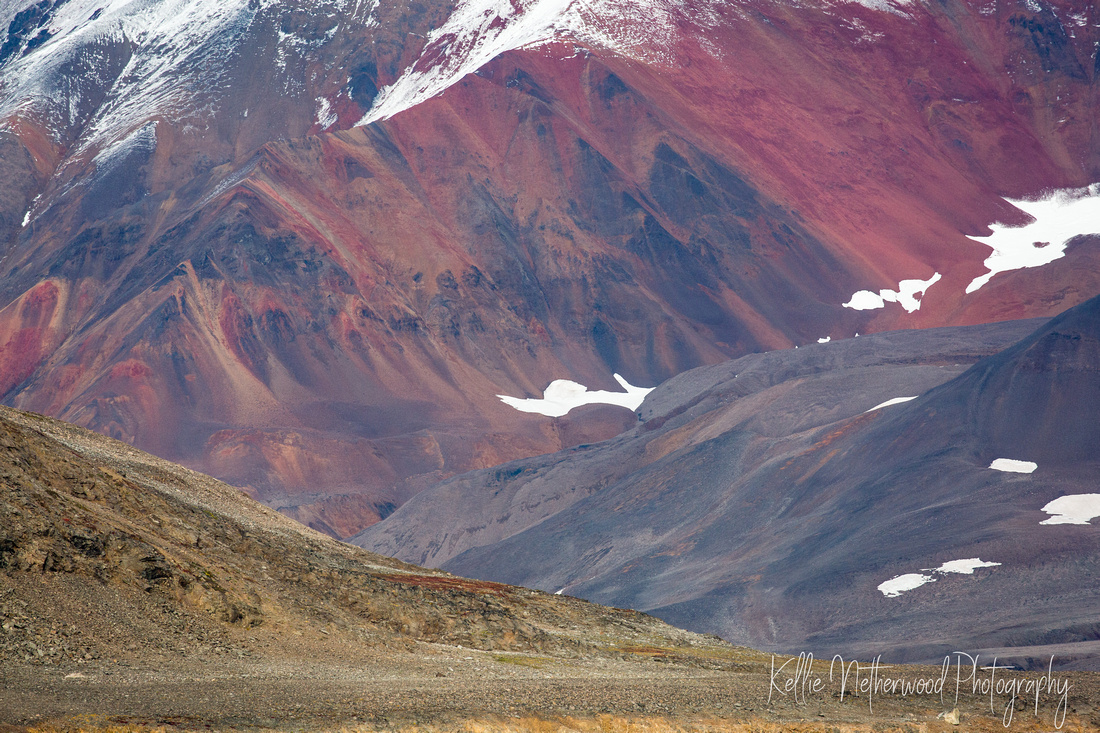 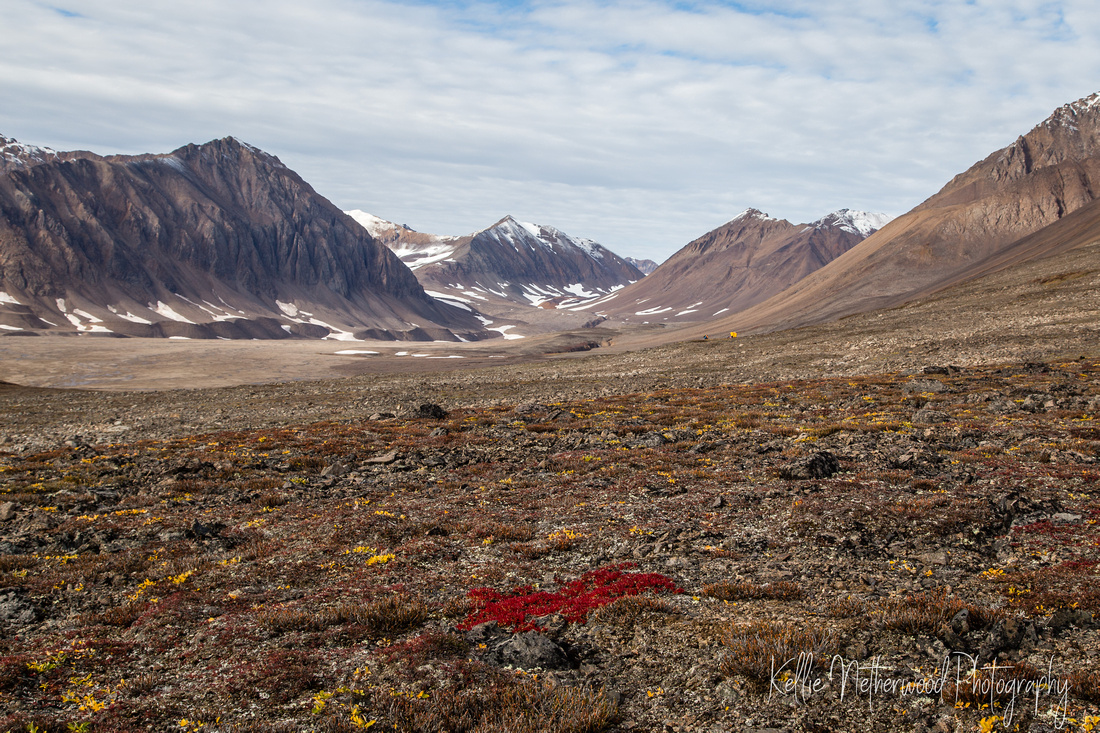 Ella Ø (Ella Island) is located at the mouth of Kempe Fjord at the northern end of King Oscar Fjord, within the Northeast Greenland National Park. It was named by A.G. Nathorst as “Ella’s Ö” for his wife Amy Rafaela (called Ella) Windahl (1858–1936). Lauge Koch, (1892–1964), a Danish geologist and Arctic explorer, the renowned leader of 24 Danish government expeditions to Greenland, had a cabin on the northern side of the island named ‘Eagle's nest’. The Danish evolutionary biologist and botanist Thorvald Sørensen spent the years 1931-1935 in the fjord. World War II, US forces had an installation on the island called ‘Bluie East Four’. The SIRIUS Sledge Patrol maintains a small base/ support station on the island. This support station is only active in summer, when 4-6 SIRIUS members live there and are busy laying out depots by boat for the upcoming winter, where their dog teams patrol the biggest National Park in the world. 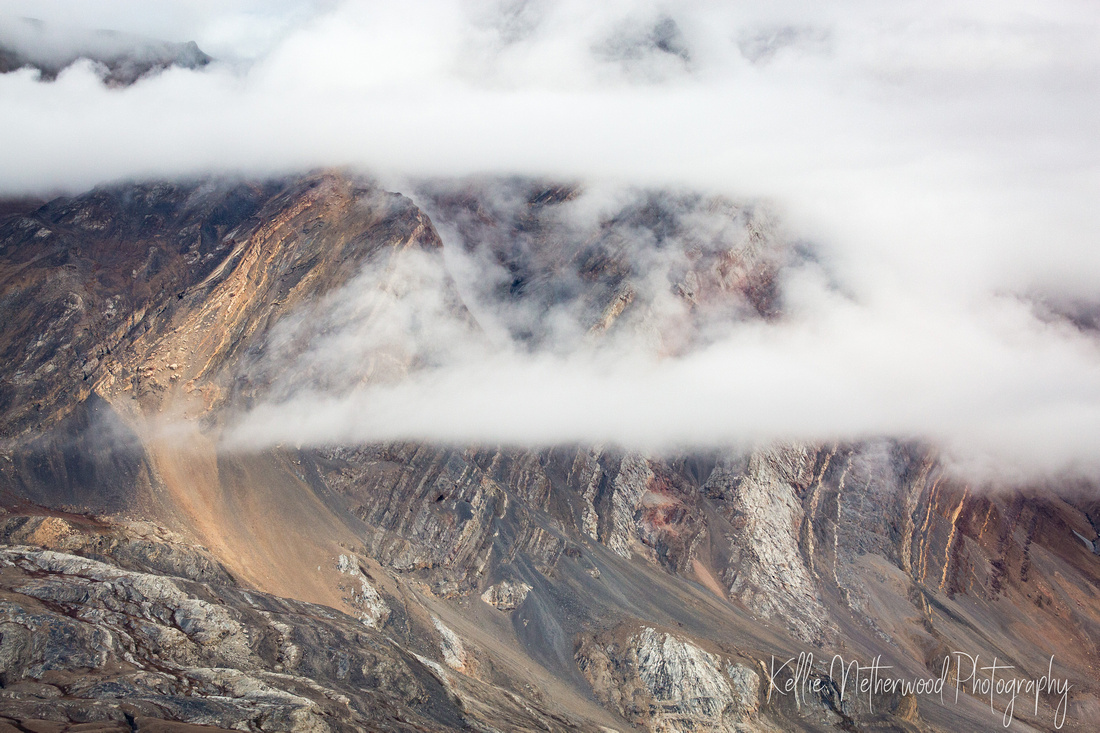 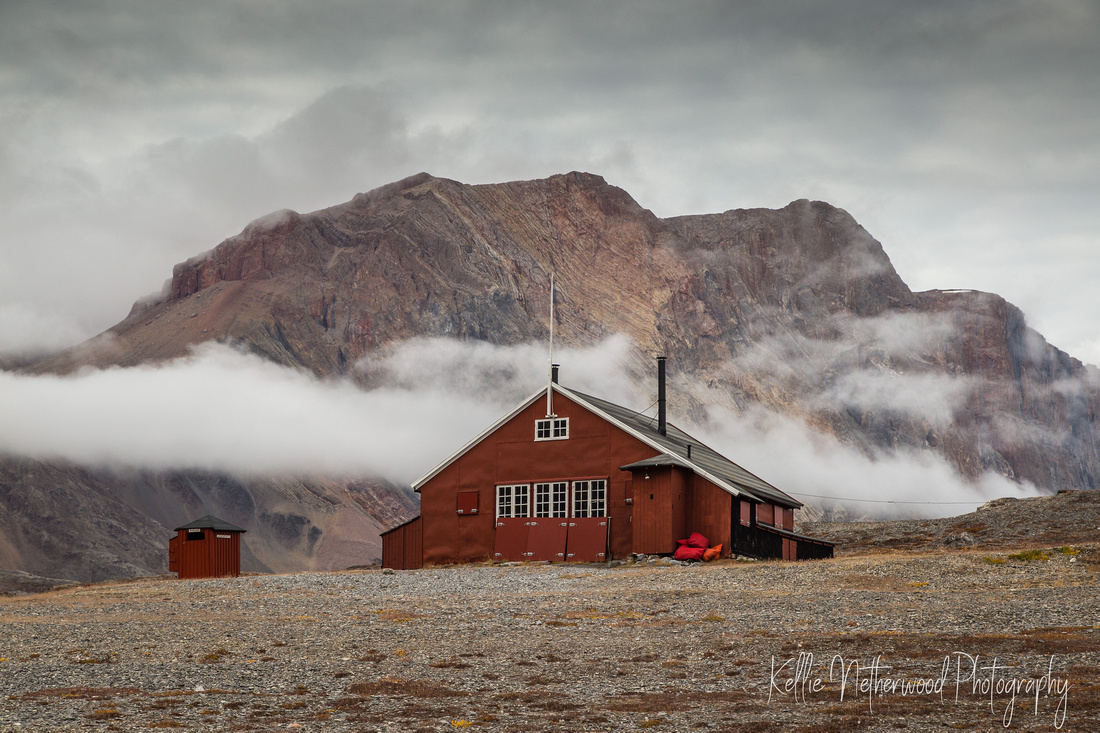 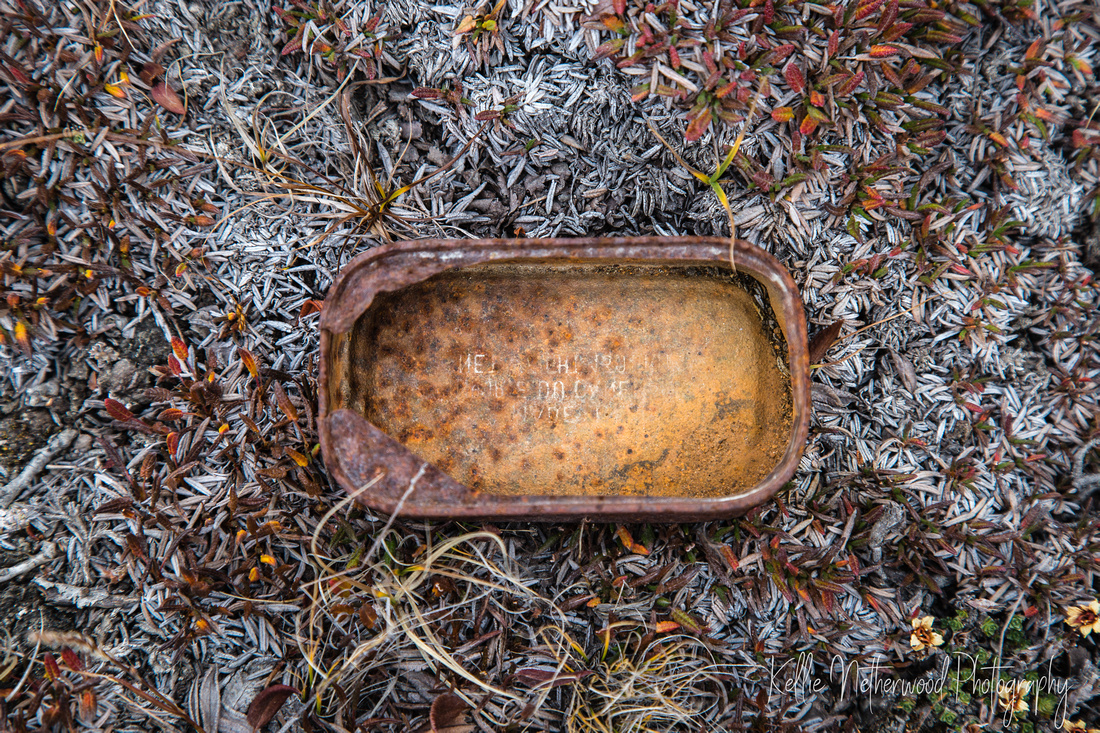 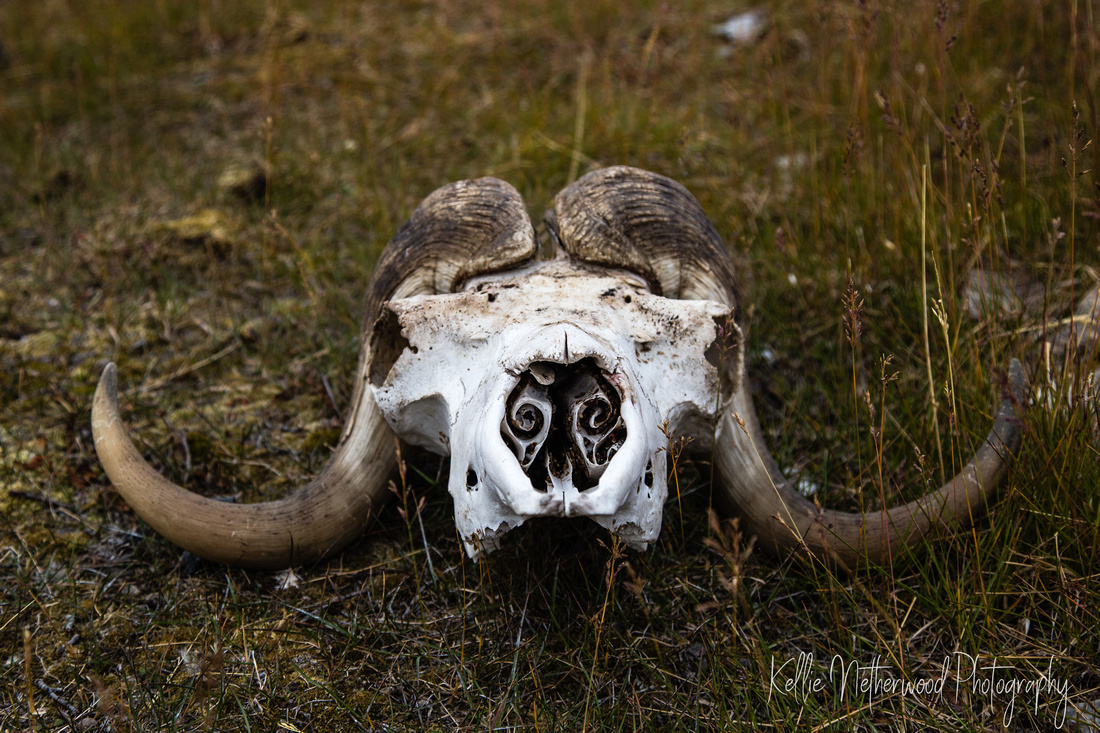 The name for this bay located on the south coast of Ymer Ø was used as a botanical reference locality in reports of the 1931-34 Treårsekspeditione, where Thorvald Sørensen carried out detailed botanical studies here. As the name suggests, this bay is home to a variety of flora, and can be spectacular for autumn colors of the small berry bushes and polar willow. 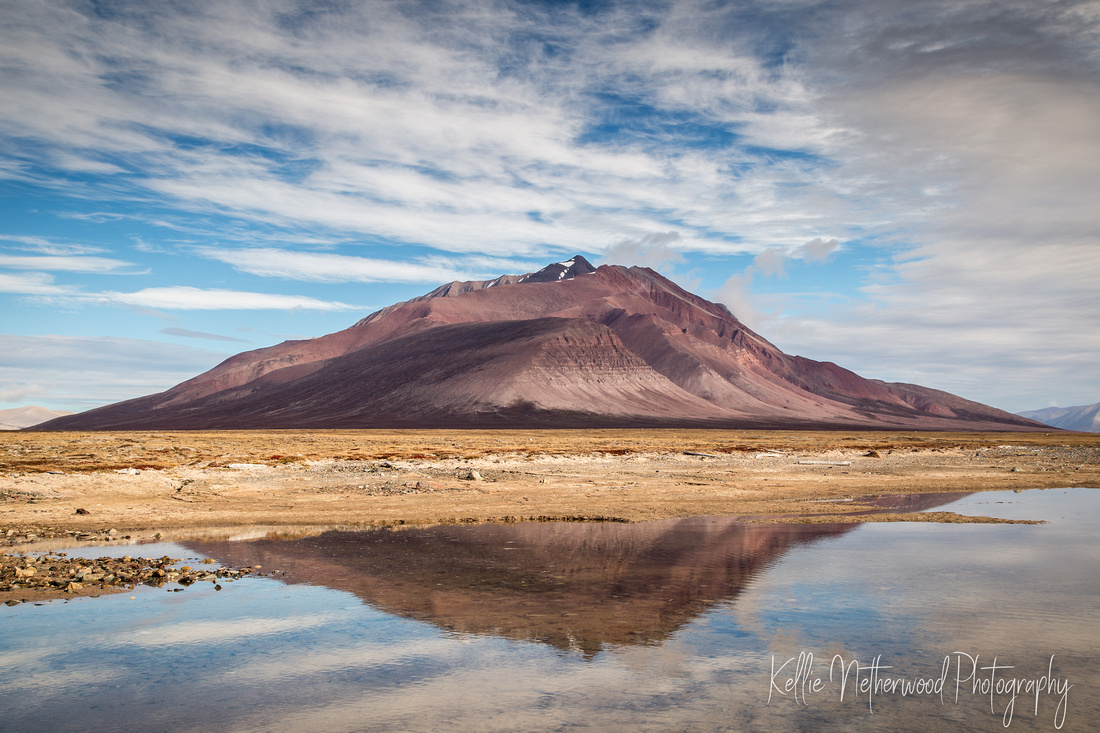 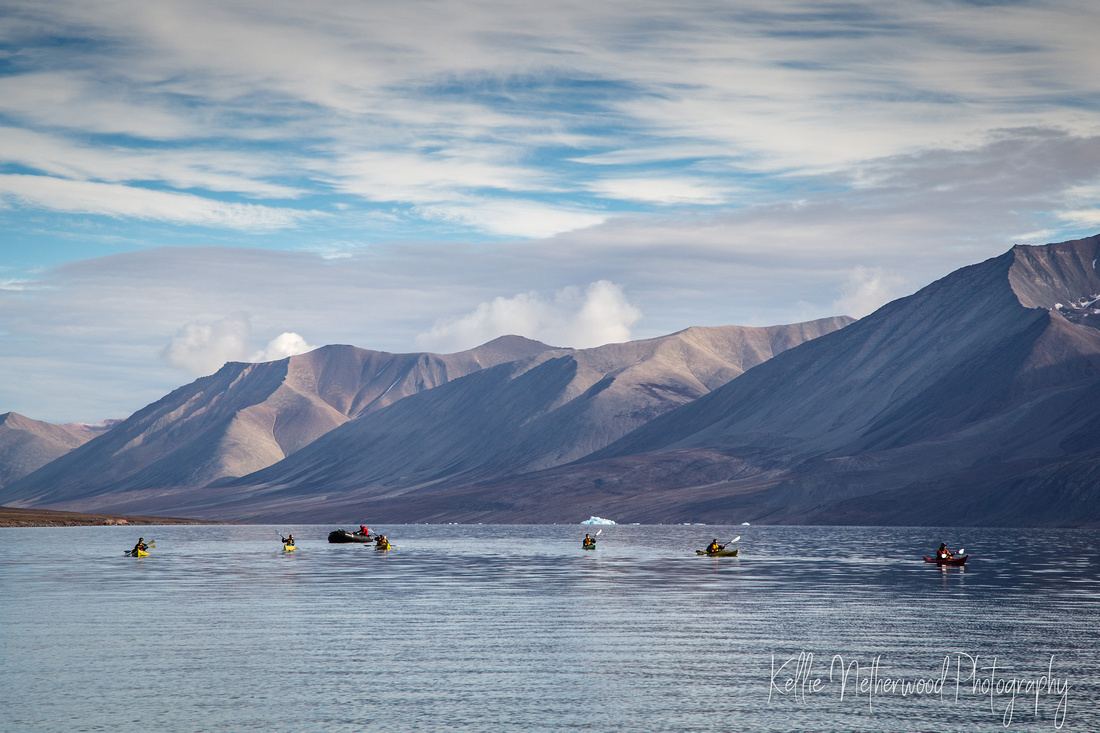 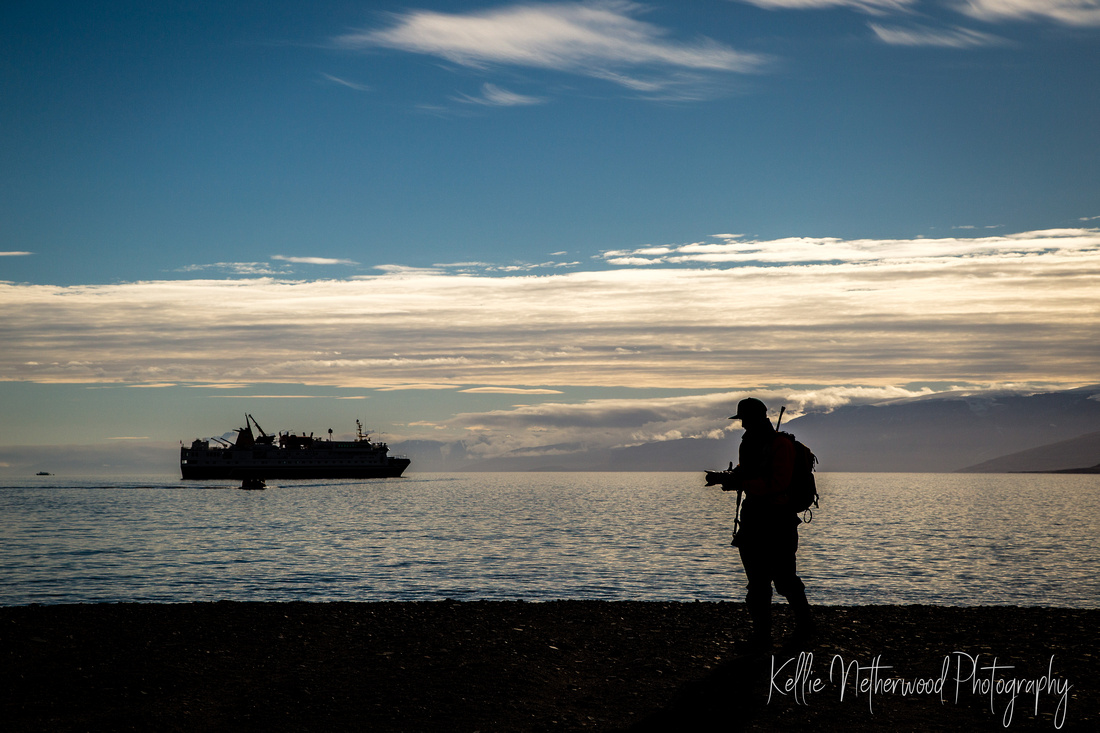 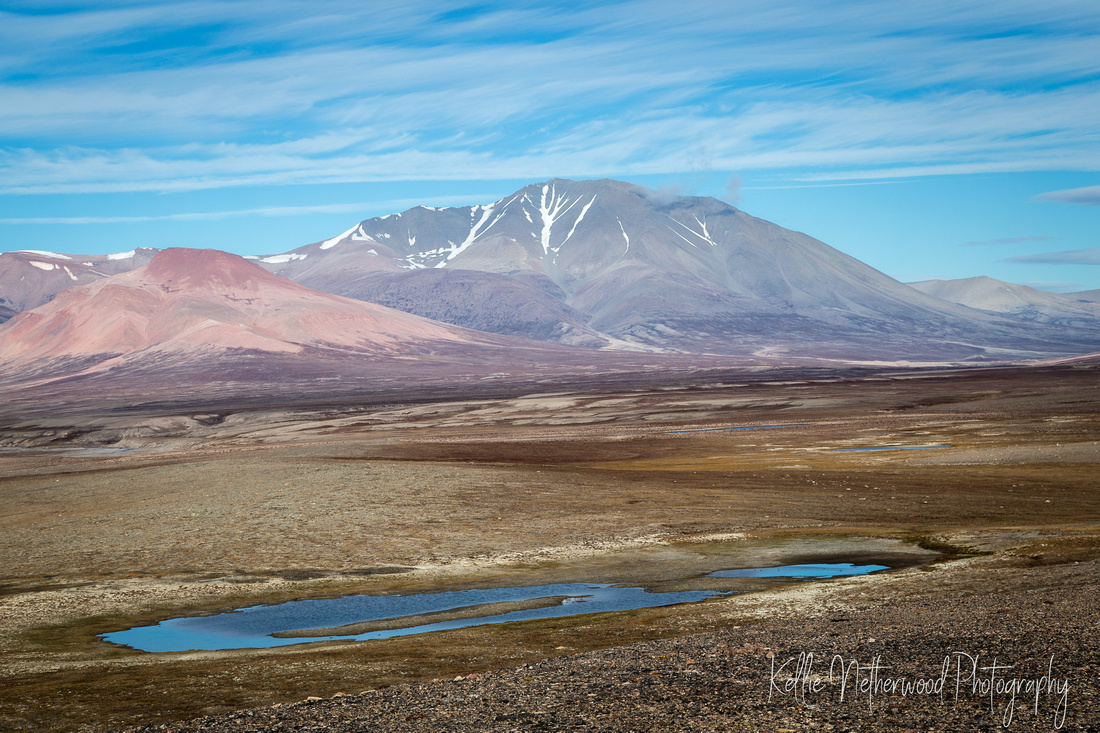