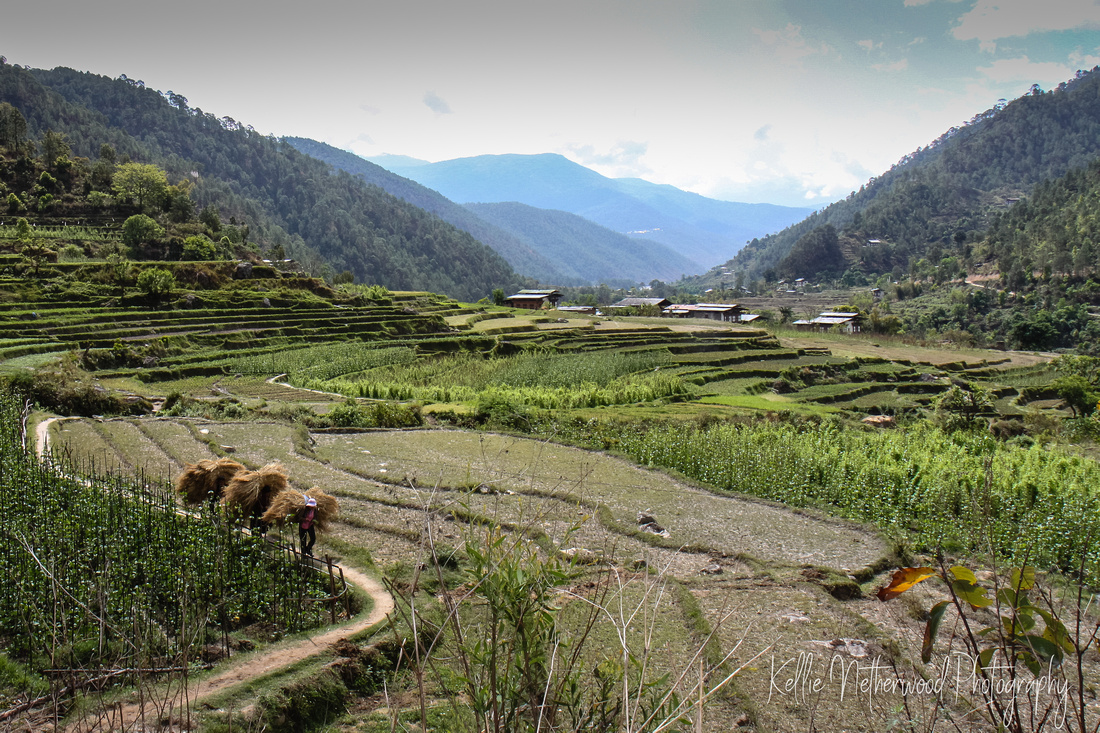 Bhutan is a peaceful and spiritual oasis lying in the heart of the Eastern Himalayas, dwarfed by its neighbouring giants China and India.  It has a reputation for being an expensive and exclusive destination but visitors to Bhutan are offered breath-taking scenery, a strong national identity, a significantly different culture, a unique and interesting history, the opportunity for entertaining local interactions and a thought-provoking and memorable experience.

If you are willing to forego your modern luxuries and Western influences you will be rewarded with a thought-provoking and enlightening experience in a country that believes Gross National Happiness is more important that Gross Domestic Product.

You will have the opportunity to hike amongst some of the most spectacular scenery in the world, interact with locals who wear a National Dress but are starting to gain exposure to outside fashions and influences, learn more about a deeply imbedded Buddhist religion and discover the meaning of the colourful phallic symbols painted on doors of houses.

Whilst parts of the world are in turmoil with blood being shed in countries fighting for democracy, you will be visiting a nation that peacefully introduced its first democratically elected government in 2008.  Bhutan had been governed by a much loved monarchy since 1907 and not only was the change to democracy instigated by the Throne itself during a time of peace, stability and development, but it was initially opposed by the people before being reluctantly accepted as necessary for the country’s future. 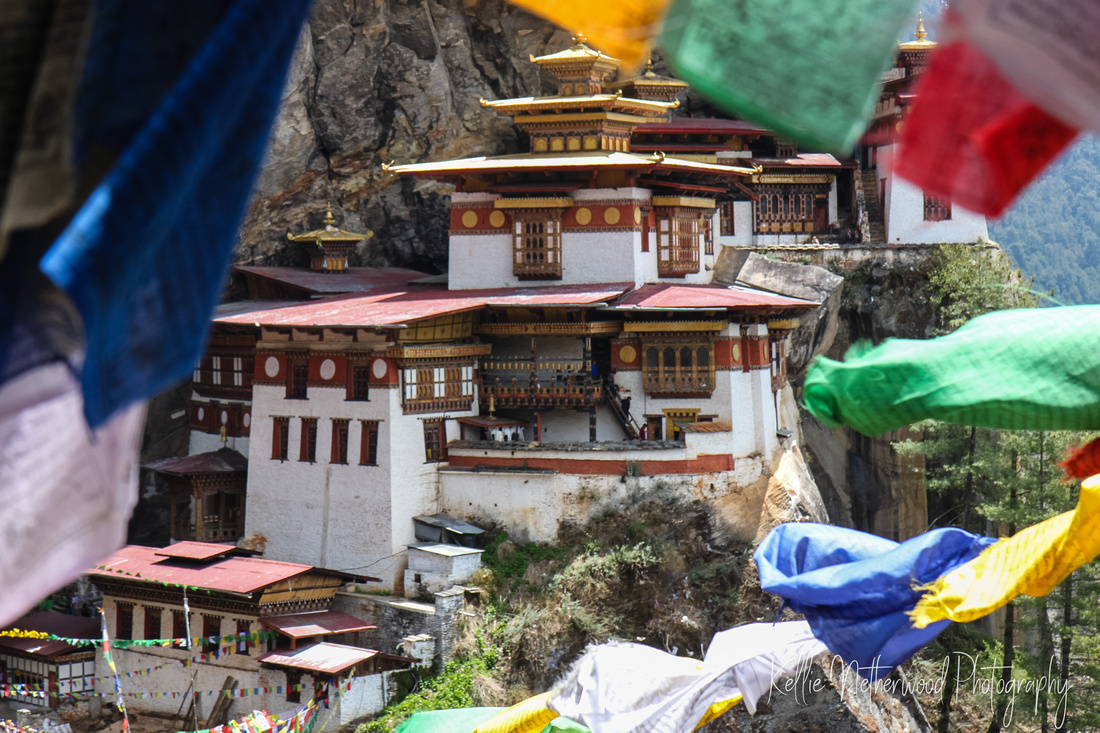 Don’t leave Bhutan before taking your time to soak up one of the most unique arrivals you will ever experience.  Adventures in most countries begin when you have passed through immigration and left the airport but this one starts with an incredible landing through the Himalayan Mountains.  It continues on the tarmac as you exit the plane to take photographs of the imposing and surreal backdrop of the small Paro airport, with airport staff patiently pointing you towards the immigration hall with an insiders’ smile that silently says ‘you haven’t seen anything yet’.

As you wait in the immigration queue you are likely to experience an incredible feeling that is a cocktail of excitement, peace, calm and anticipation.  As you watch the immigration officers calmly stamp each passport attractively attired in their National Dress, take the time to look around at the large framed photographs of Kings from the much loved Wangchuck Royal Family who had successfully governed the nation since 1907.  Also look for the many references to Gross National Happiness, a Bhutanese phrase you will learn a lot more about during your stay and a warning sign reminding you that the sale of tobacco and smoking is illegal. 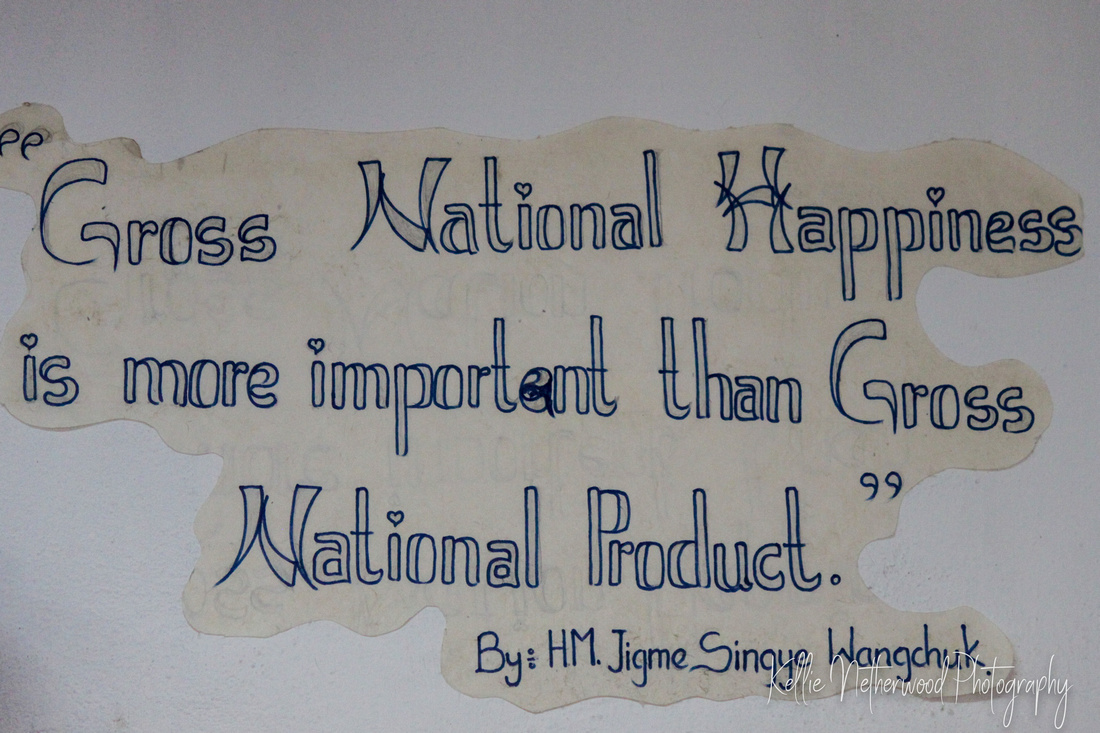 Don’t leave Bhutan before hiking to Tiger’s Nest Monastery, a sacred pilgrimage site that clings to a 900 metre cliff.  This steep trek is best done at the end of your trip when you’ve had time to acclimatise.  A Cafeteria provides a well –timed break for those not in peak condition before attacking the final part of the trek which culminates in one of the most spectacular sights you will see in Bhutan.  The dirt track transitions to cobbled steps and the pot at the end of the rainbow is a monastery that rewards you with an incredibly spiritual and peaceful atmosphere and intriguing history. 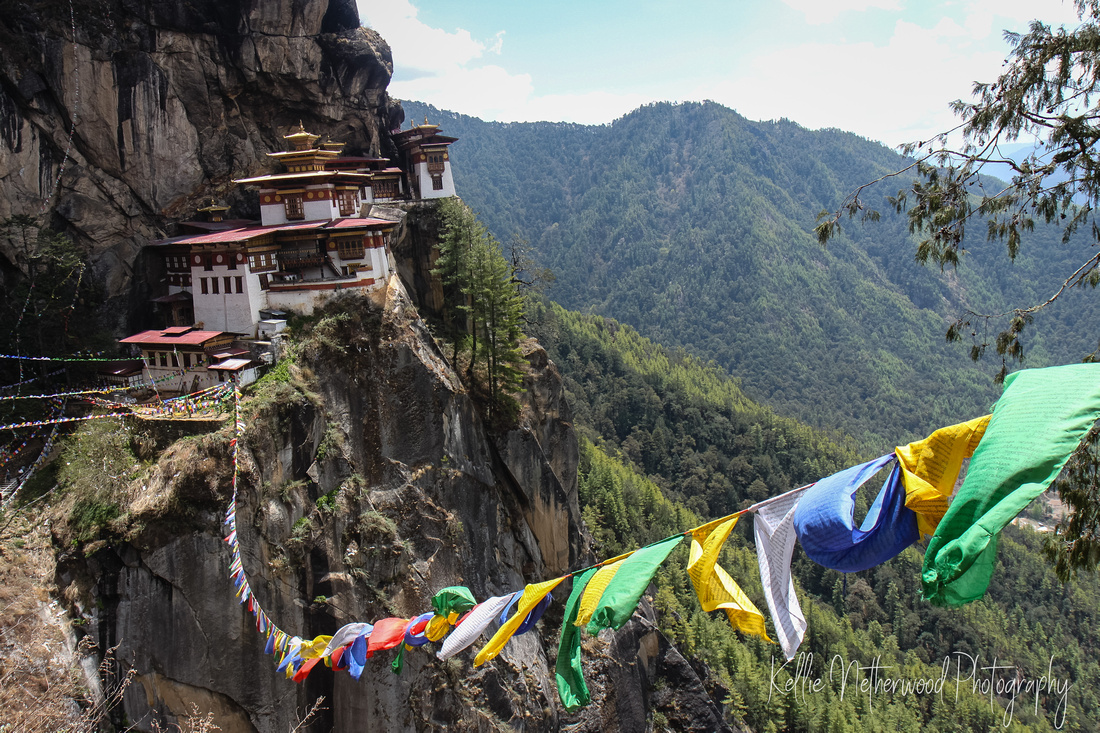 3. Be Captivated by Hypnotic Chanting of Buddhist Monks

Don’t leave Bhutan before taking your time to explore the many religious structures in the country where your pre-conception of monks will be both enhanced and changed.  If you arrive during one of their prayer or education sessions you will be invited to stay and be captivated by their hypnotic and disciplined chanting.  You may also notice naughty novice monks struggling to maintain concentration, monks on mobile phones, monks performing daily chores and monks that may be happy to practise some English with you. 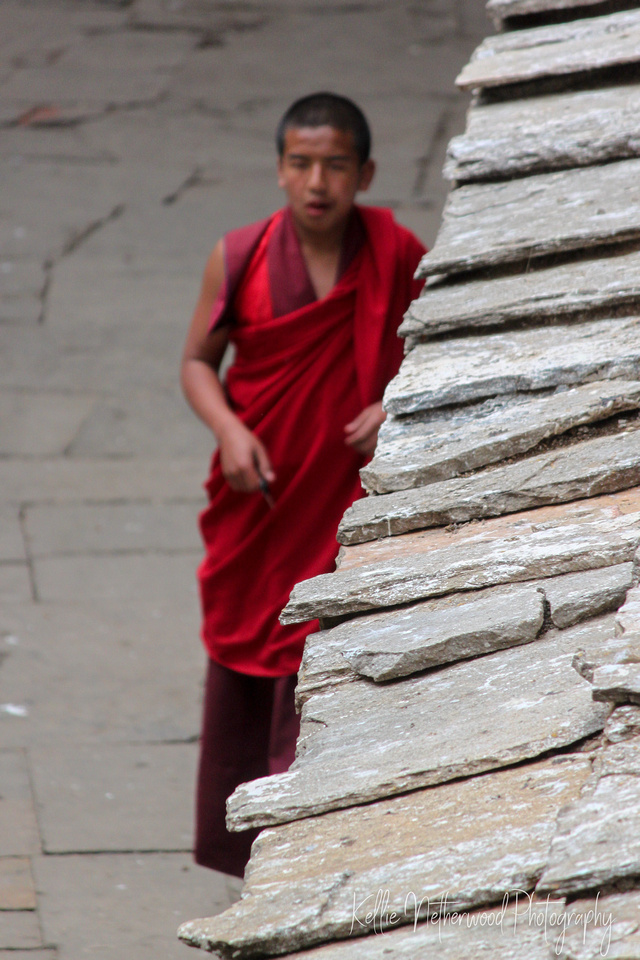 Don’t leave Bhutan before seeking out the location of the Sunday afternoon regional archery competition.  Locals will be more than happy to explain the national sport to you and may even teach you some of the football-like chants being sung to the opposing team.

You will be impressed by the speed and accuracy of the shooters, charmed by the teenage girls holding hands whilst singing and dancing a circle and entertained by the banter of supporters on the sidelines. 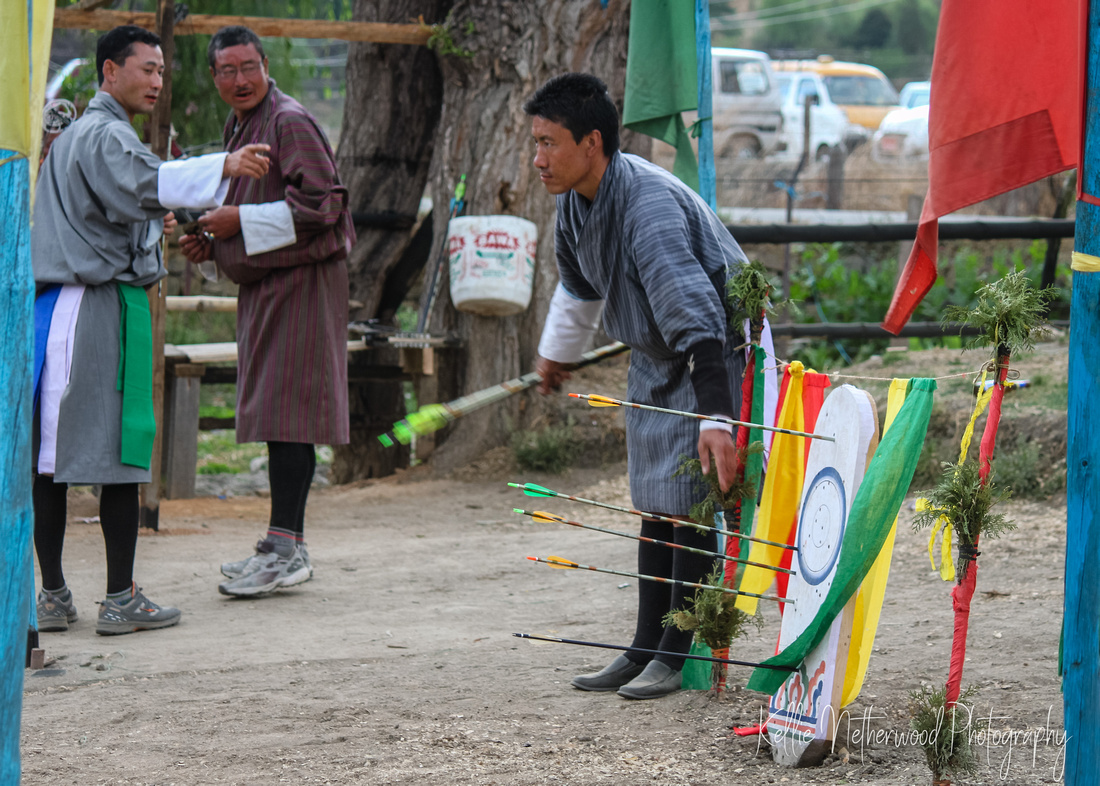 5. Take a Walk in Thimphu

Don’t leave Bhutan before taking a casual stroll around Thimphu, ‘the capital city with no traffic lights’, pausing on the main bridge to enjoy your picturesque surroundings, and returning the shy smile from passers-by with the local greeting ‘kuzo zangpo la’.  If you are craving some Western food, search for one of the two bakeries that sell scrumptious cupcakes and enjoy it as you wander pass the National Stadium.  If you are lucky you may be able to join supporters of a local football game being played outside the stadium where Bhutan’s national team once defeated Montserrat 4-0 in a game between the world’s two lowest ranked teams.  This game was played on the same day Brazil and Germany competed in the 2002 World Cup Final! 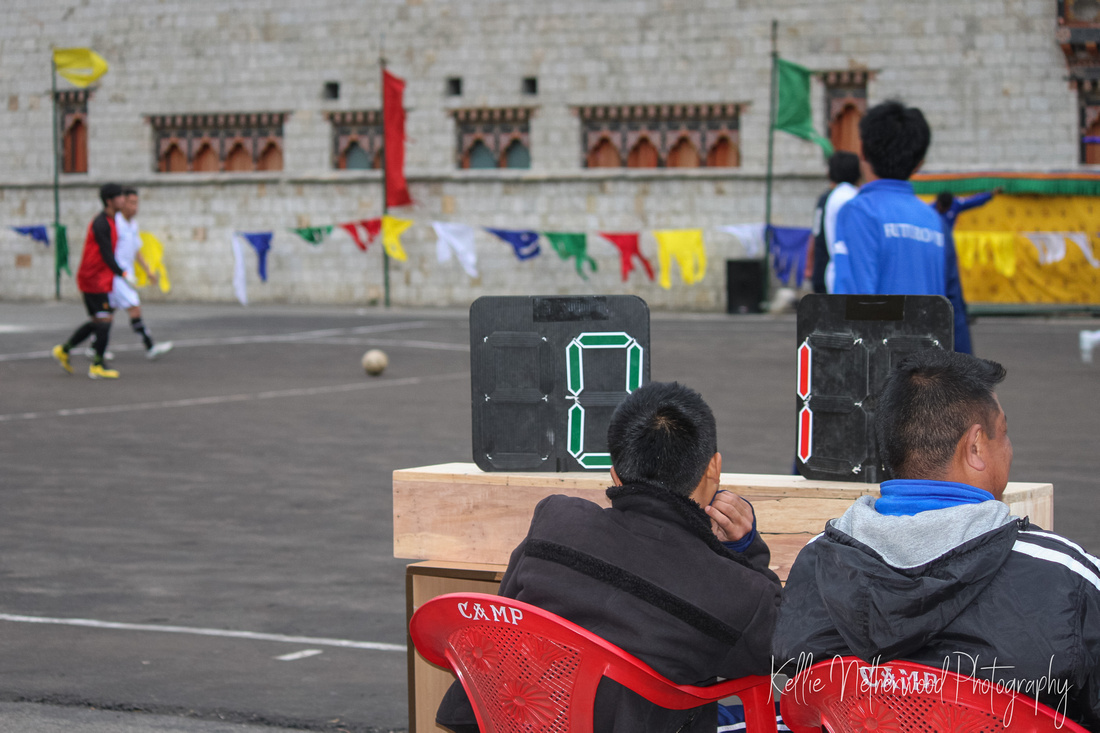 6. Engage With the Locals

Don’t leave Bhutan before enjoying a conversation with friendly locals in the Punakha Valley.  Bhutanese people may appear shy at first but a friendly smile and greeting will almost always instigate an entertaining conversation.  Children giggle at the sight of themselves on your camera viewfinder, the older generation with little English will laugh at your attempt to learn local words, and as you describe the concrete jungle you live in back home you will see a wistful look in a young girl’s eyes who dreams of visiting a country so different from her own. 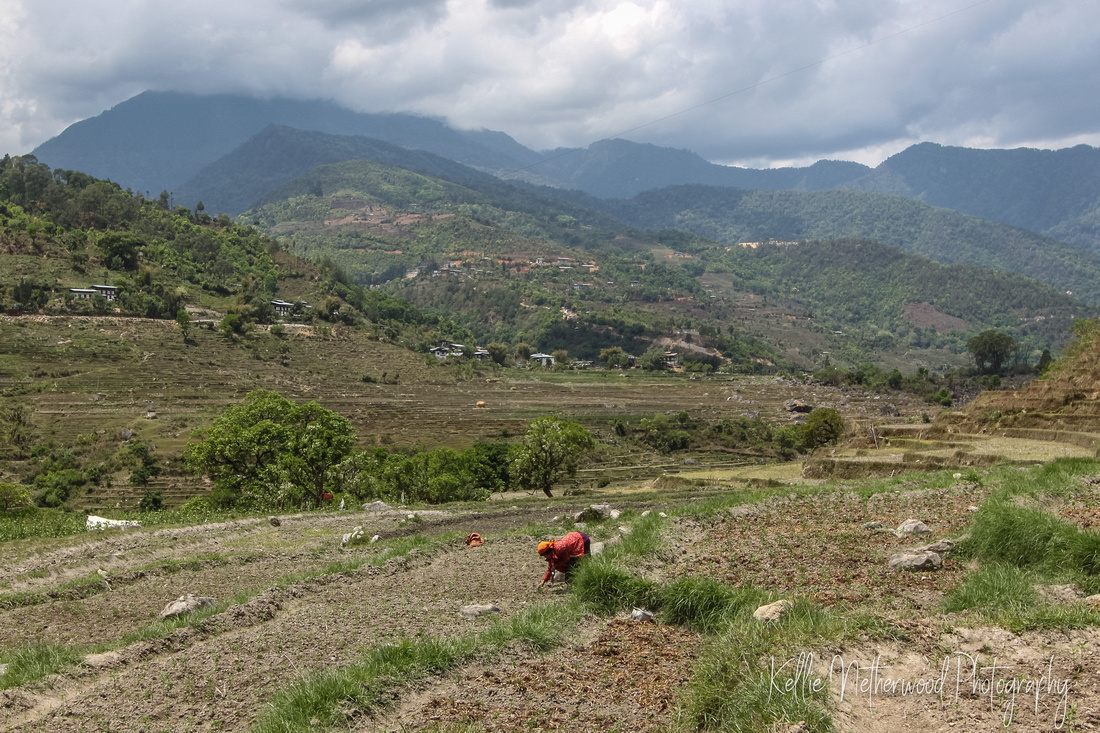 My time in Bhutan reminded me how irrelevant the concept of time can be.  Magical moments can happen in minutes, hours or days and can manifest themselves through shared conversations and laughs with locals, admiring unique architecture, showing a photo on  your digital camera to giggling children, being mesmerised by stunning landscapes, feeling satisfied at the end of a seemingly impossible trek, letting your mind wander into a pond of reflection and contemplation during a long bus ride, laughing with your local guide one minute and having an insightful conversation with him the next that sheds light on the locals’ lifestyle, taking ten minutes to buy a bottle of water from a vendor who doesn’t speak English and so many more.

And then there is this little country called Bhutan, which many people haven’t even heard of, that seems to have got so much right.  It has a much loved Royal Family, a newly elected and respected government and experiences a relatively peaceful existence.

A monarchy that spent the first half of the last century maintaining its culture and national identity has recently begun to open its doors to the outside world, which inevitably raises some questions.  Does Bhutan have something the rest of us can learn and benefit from?  Will it benefit from the positive aspects of modern technology and development?  Or has it created a gateway through which the negative aspects of the outside world will creep through to challenge the peace, culture and national identity that this country is so proud of.

Only time will tell.

Bhutan is proud of the past but embracing the future. 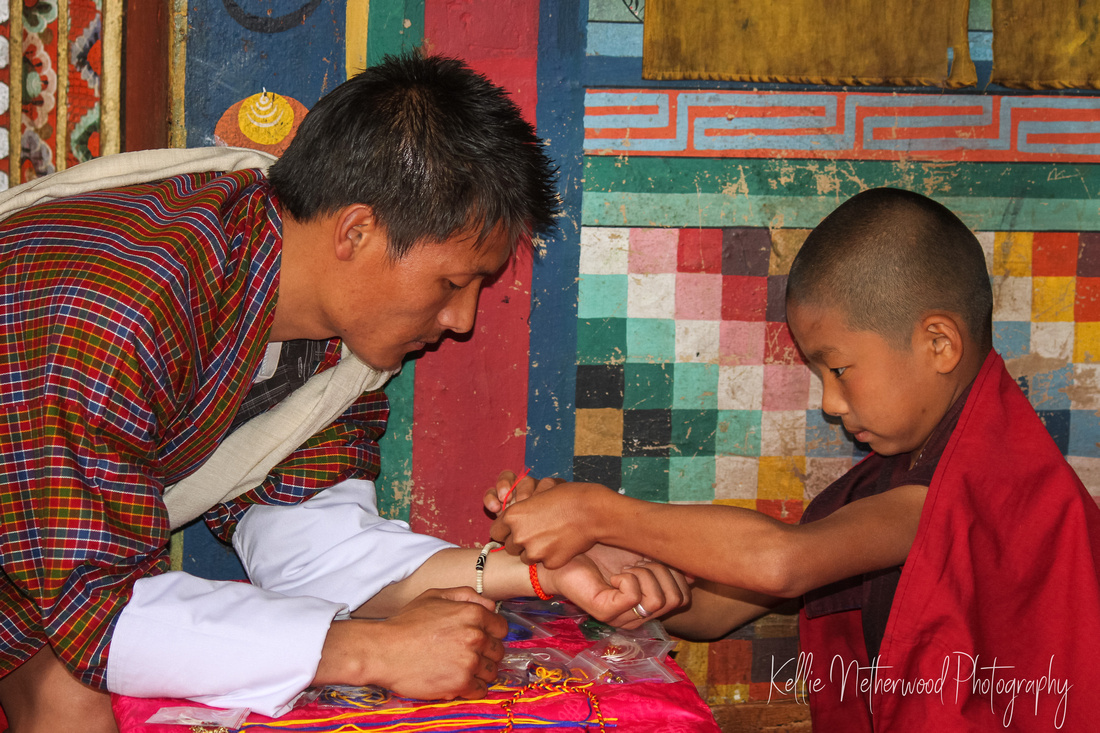