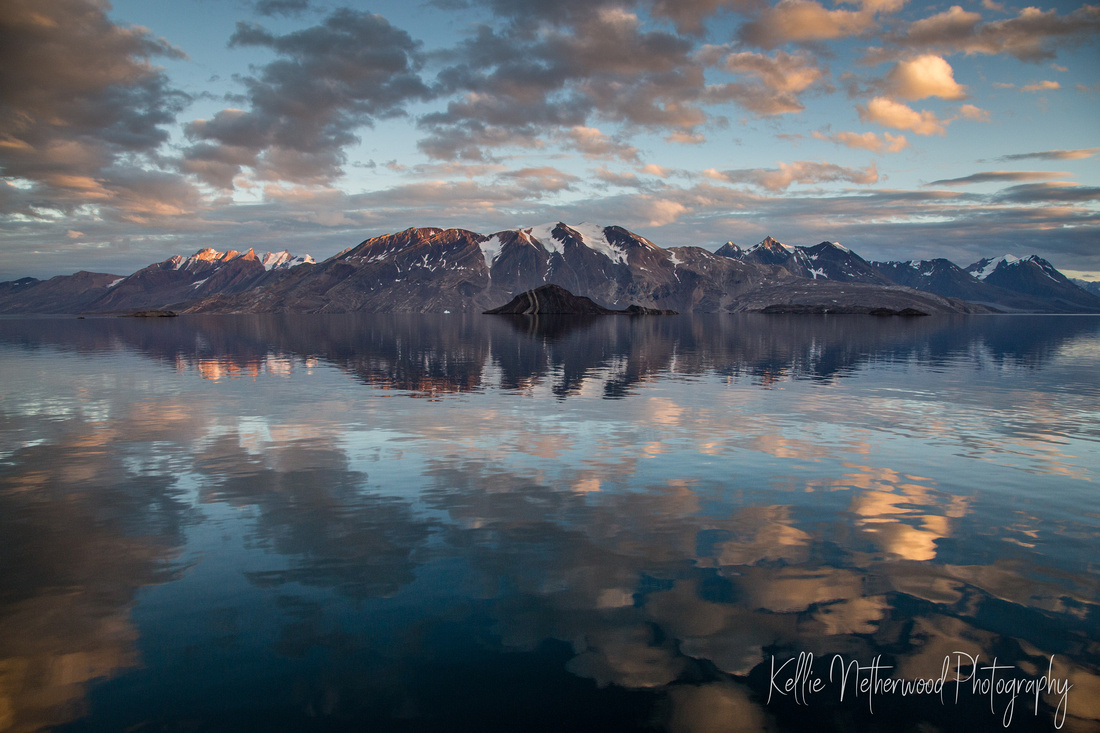 I have one eye on my dinner plate and one eye on the window, battling a conflict of interest that is becoming a daily challenge.

If I’m being honest though, it’s really no contest. I push my plate aside, ignoring the slight hunger that remains in my stomach and excuse myself from the table.

I rush to my cabin, conveniently located on the same desk, throw on my jacket and pick up my camera. I climb the stairs to the next deck, rush outside and breath a sigh of relief.

I’m not too late. 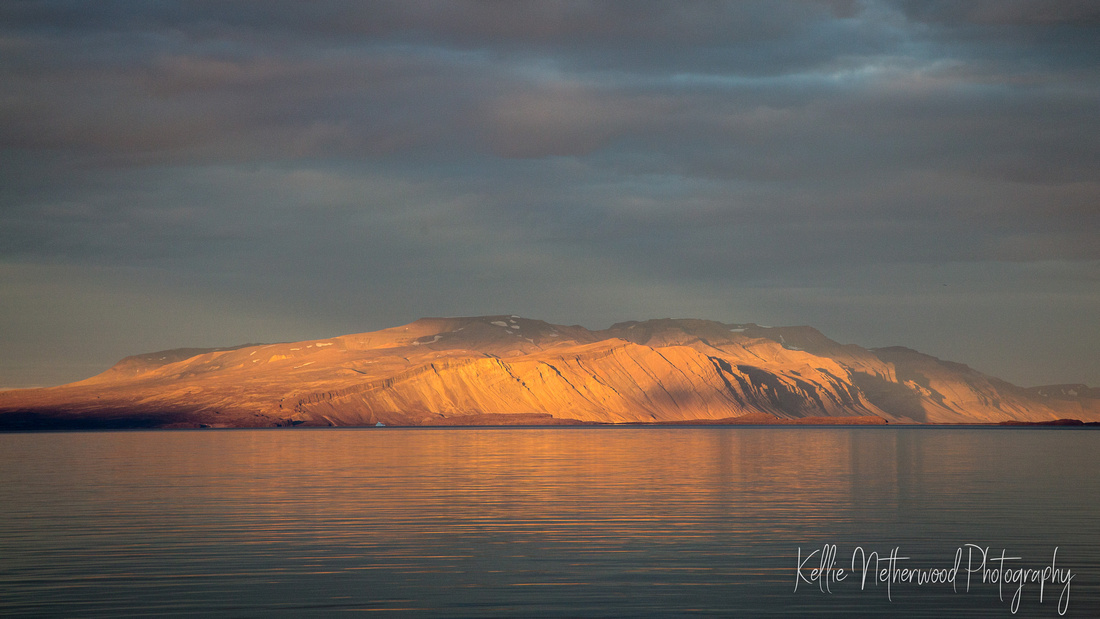 After a day cruising along the picturesque Segelsällskap Fjord we have anchored for the night in preparation for a planned landing at Skipperdal Valley the next morning.

The landscape around me isn’t changing for the next twelve hours. So why am I standing outside in the cold air whilst dinner is being served indoors?

Because the landscape may not be changing, but the light on it is. And this is dramatically altering the scene in front of me. 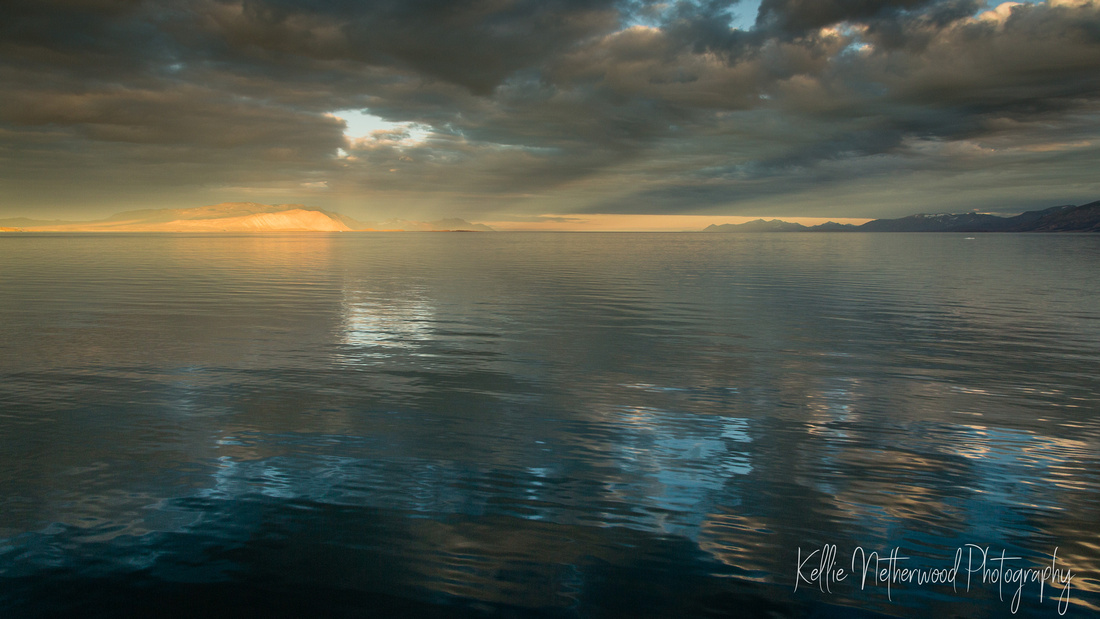 Located above the Arctic Circle, Greenland enjoys the midnight sun in summer and endures long days of darkness in winter. I’ve arrived at the beginning of September and the changing light that accompanies the change in season is already a highlight of my journey.

The conditions outside are near perfect and I don’t know where to look. Behind me, the sky is yellow with the setting sun silhouetting the dramatically rugged coastline. To my left, the last light of the day is splashing across a mountain that is reflecting in glass-like water. And in front of me, two cloud-filled skies appear – one above the landscape and one below it on the water. The scene – and the silence – is stunning.

And just when I think it can’t get any better, one the expedition crew spot three musk oxen running on distant land. I zoom in my lens for a closer look but don’t spend too much time focusing on them, convinced I’ll have a closer encounter on another day. I don’t yet know I’m wrong and this is as close as I’m going to get!

It’s a beautiful end to another great day in East Greenland and a sign of things to come. 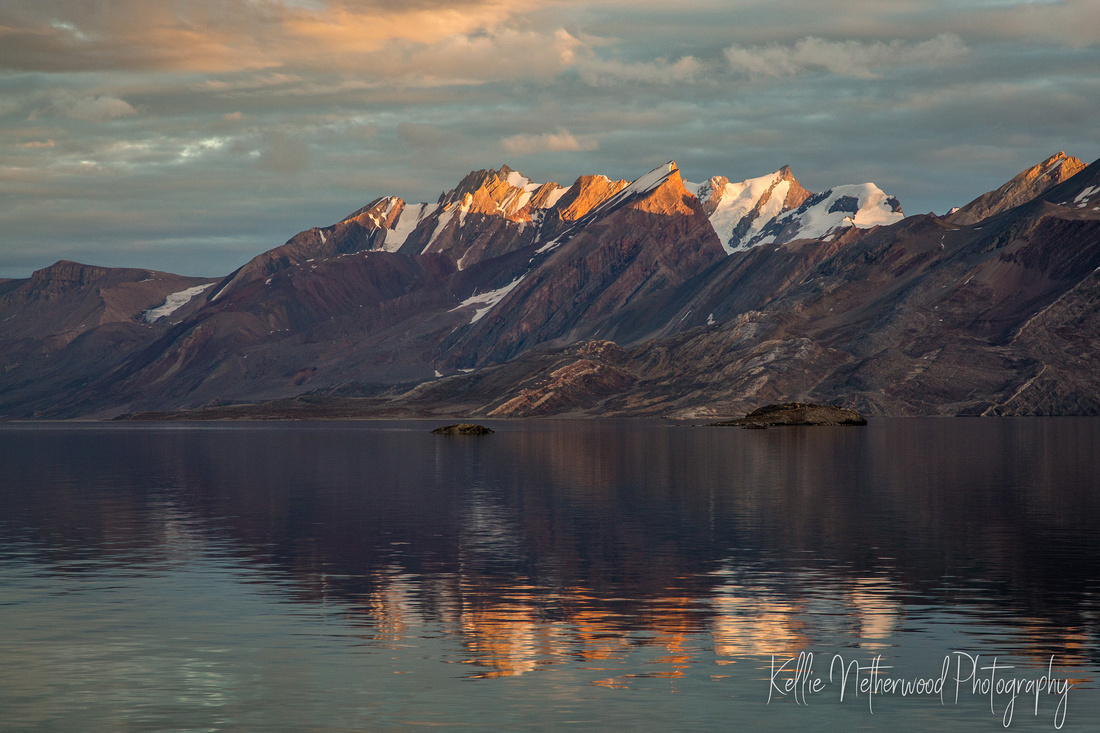 I go to bed that night to begin a pattern of disrupted sleep that will follow me throughout my journey.

I find myself out on deck again a few hours later when an announcement is made that the northern lights have been seen for the first time on our journey. It’s a weak and brief display and by the time I’ve reached the deck, I’ve missed it. Instead I face a sky that isn’t much darker than it was when I went to bed with a few stars fighting their way through, above glass-like water. I may have missed the first northern lights sighting but its still a beautiful moment outside and as I later learn…it won’t be the last. 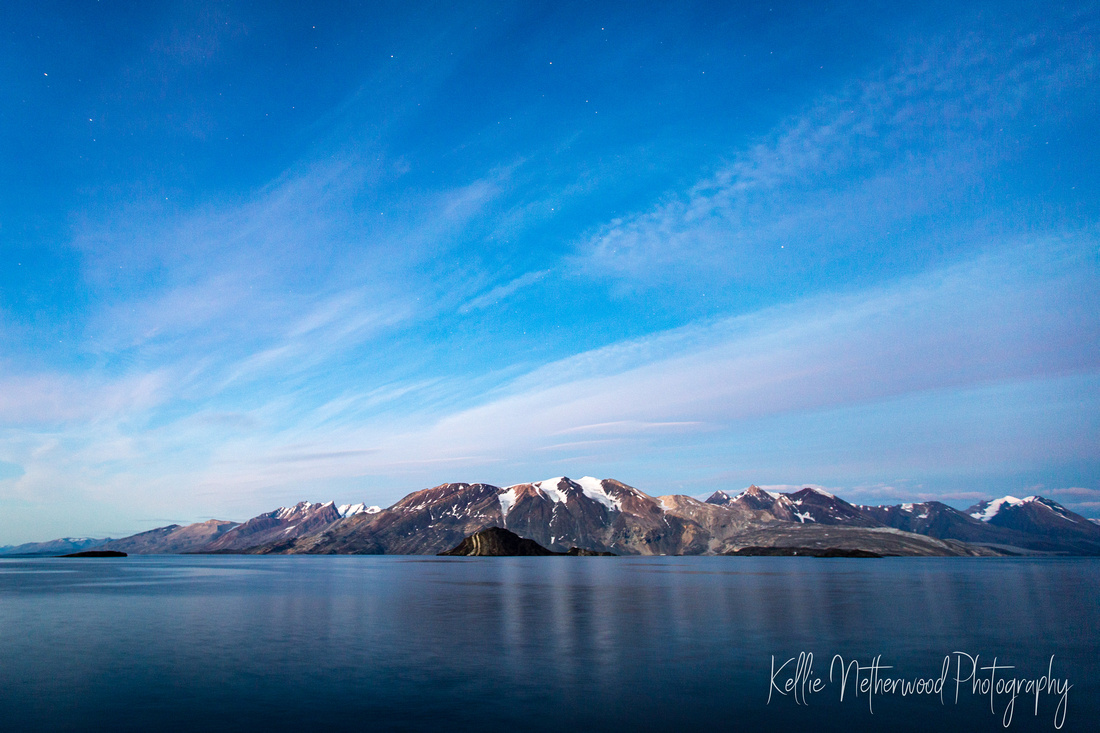 I get back into bed for a couple more hours, before returning to the same position out on deck for a sunrise that rewards my early rise. 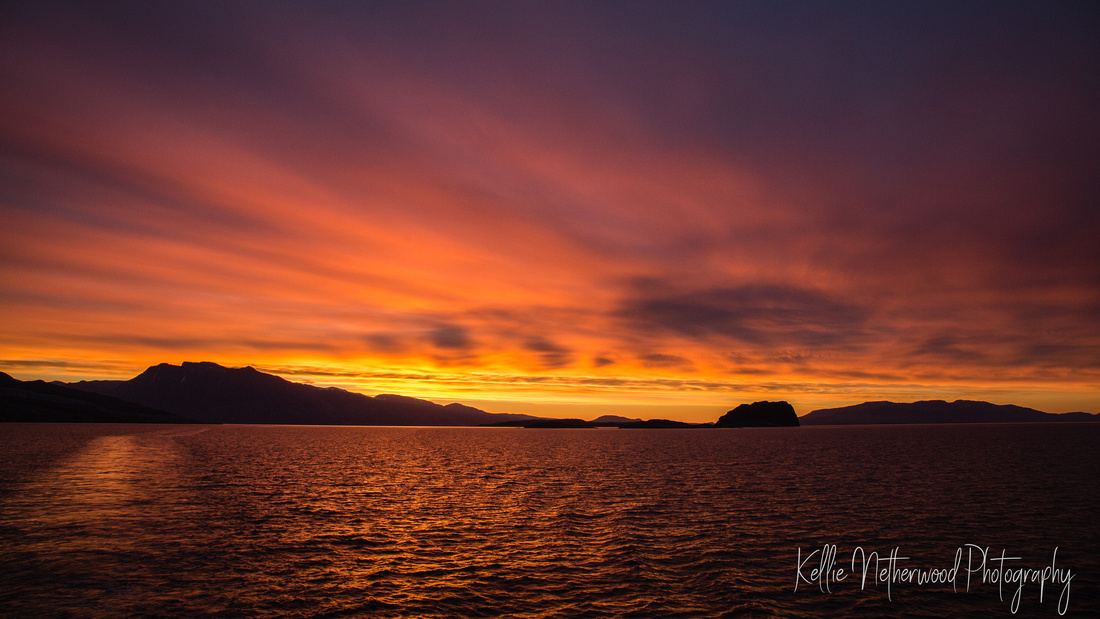 The lack of sleep and disrupted routine that lies ahead of me on this trip will be rewarded with northern light sightings, spectacular sunrises and dramatic sunsets, driven by the changing light that dominates East Greenland at this time of year.

But when it comes to the conflict between sleep, dinners and the opportunity to photograph and enjoy beautiful outdoor moments – well, it’s really no contest. 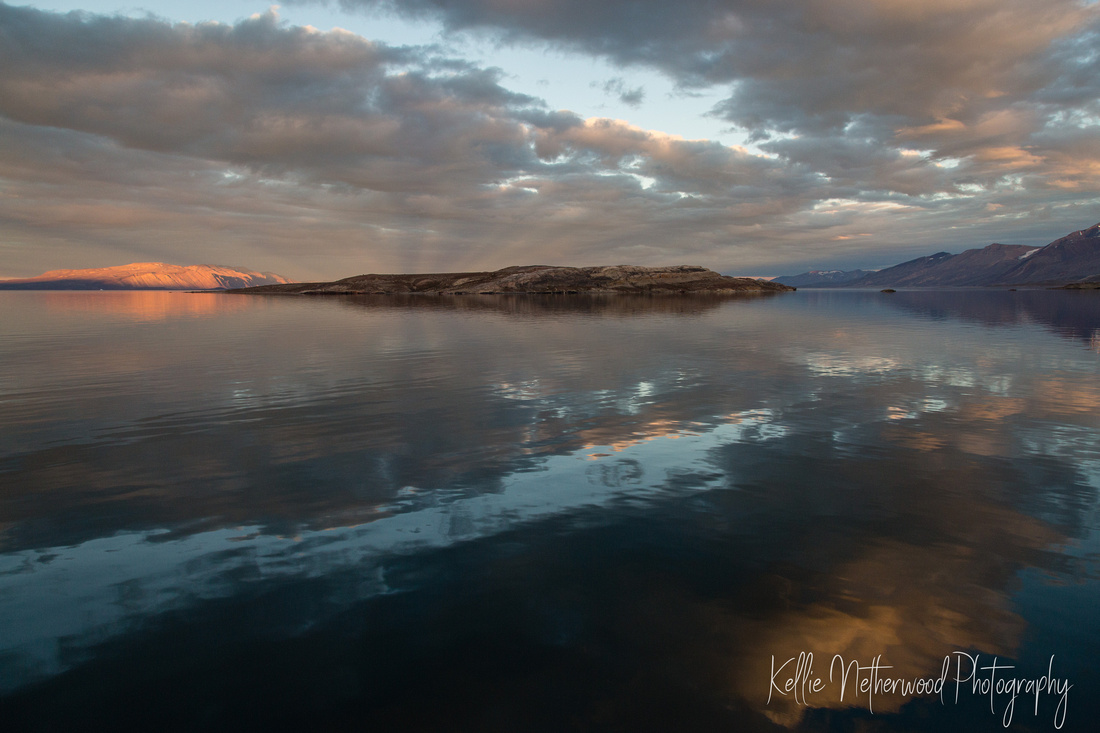 About Segelsällskap Fjord
(source: Quark Expeditions)
The Segelsällskap Fjord lies between Lyell Land and the northern Stauning Alper and was named by the 1899 Swedish East Greenland expedition led by A.G. Nathorst after the ‘Kongelige Svenska Segelsällskapet’ (English for ‘Royal Swedish Yacht Club’).