East Greenland: A Wild and Rugged Start at Warming Island 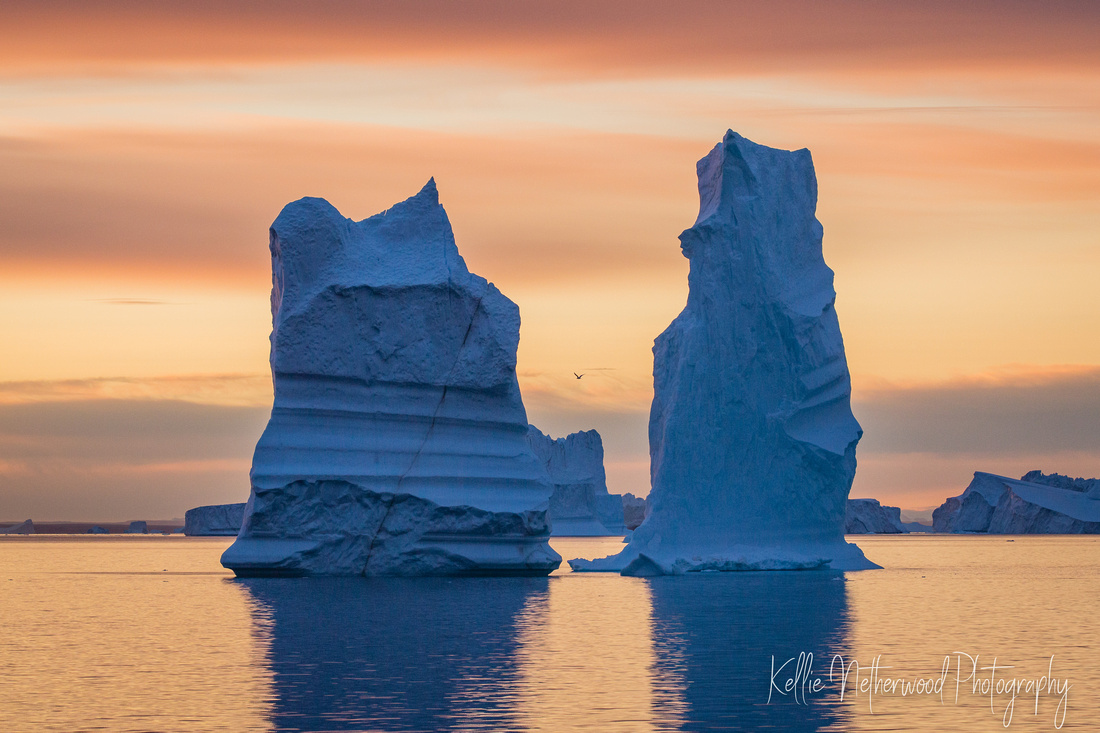 I look out the window as the rising sun creates warm reflections on the glass-like water. As I step out on deck however, a bitter wind reminds me that I am in a land of extremes and I rub my hands together in a futile attempt to feel warmer.

The vast and dramatic landscape that dominates the scene in front of me helps reduce the discomfort of the cold. Instead, I feel an energy created by the adrenaline-fuelled reminder of where I am. 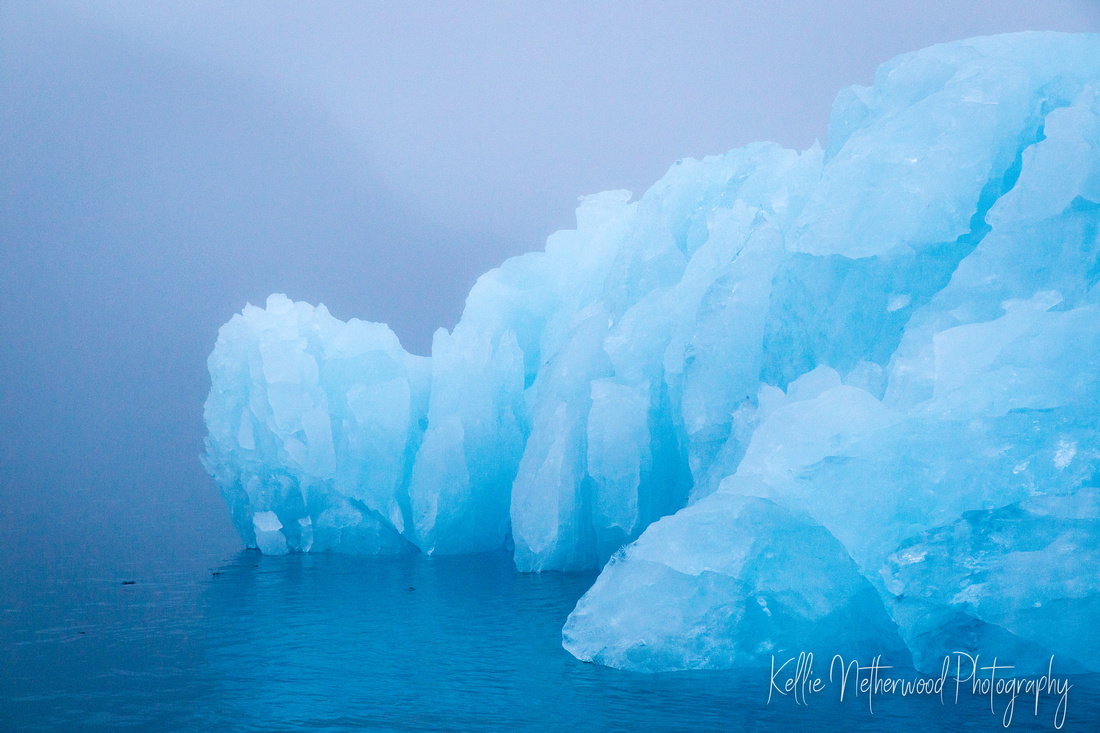 A large iceberg floats into my view, uniquely shaped by its journey through the world’s longest fjord. It is one of many dramatic ice formations on the water, its jagged edges softened by the first light of day as a sky of pink hues completes the idyllic picture.

I close my eyes and breathe in the clean and crisp air. Only a few hours earlier I was standing in the same spot, fixated on shadows in the sky that morphed from faint cloud-like formations into a vibrant dancing aurora. Each hour in this part of the world provides changing light from which a different perspective of the wild and rugged landscape emerges.

Although I am sharing this adventure with 57 other passengers, I start today on my own, alone on the deck of Quark Expedition’s Ocean Nova. I feel both insignificant and alive. I feel energized by the deafening silence. I feel overwhelmed but at peace. 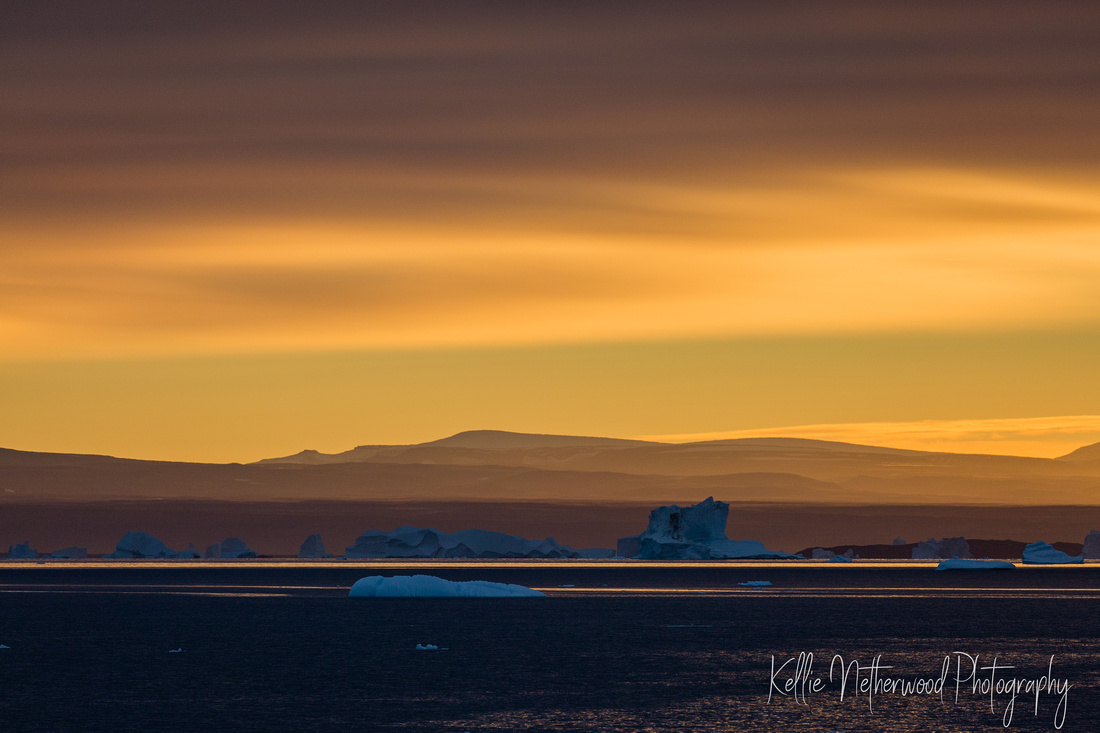 I am in a truly spectacular part of the world, a wild and remote location that is full of contrasts. It’s the world’s largest island but is home to only 56,224 permanent residents. It sits under a sky that is lit by the midnight sun in summer and northern lights in winter. It is physically connected to North America but culturally closer to Europe. It is a self-governing division of Denmark but its nearest neighbor is Iceland.

It’s a land that is shaped both geographically and culturally by the ice cap that covers 80% of it.

It is remote. It is rugged. It is wild. It is spectacular. 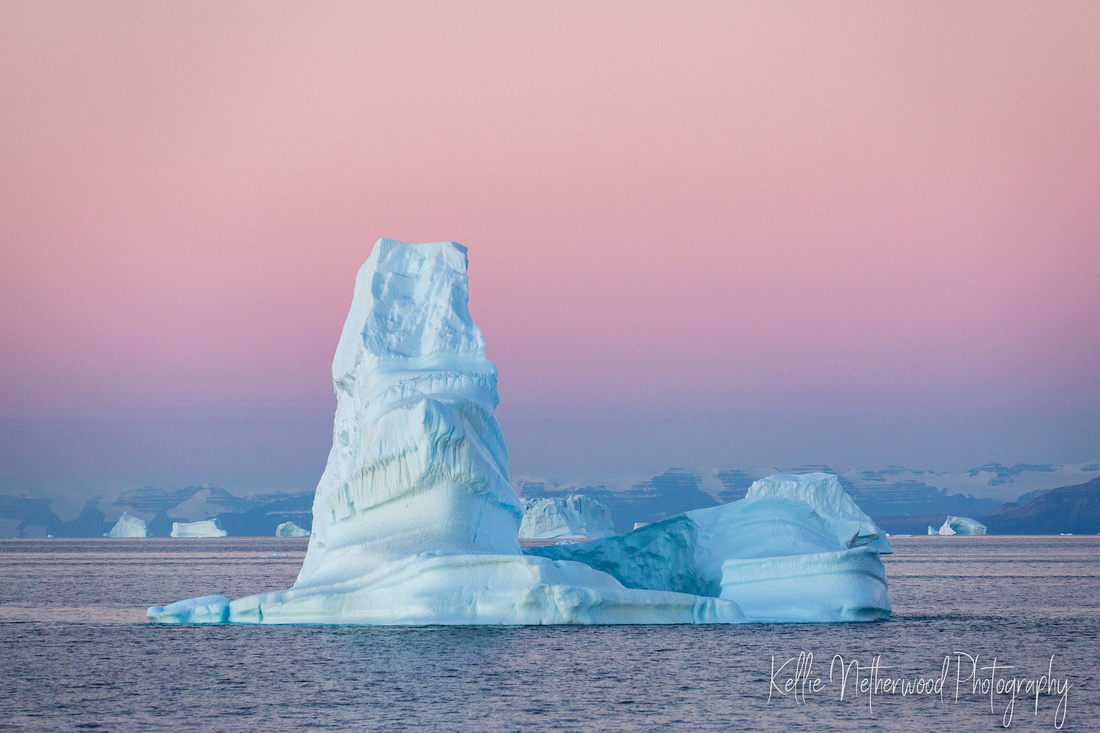 “If conditions are favourable, we will attempt a pre-breakfast zodiac cruise. I will wake you at 5am”. 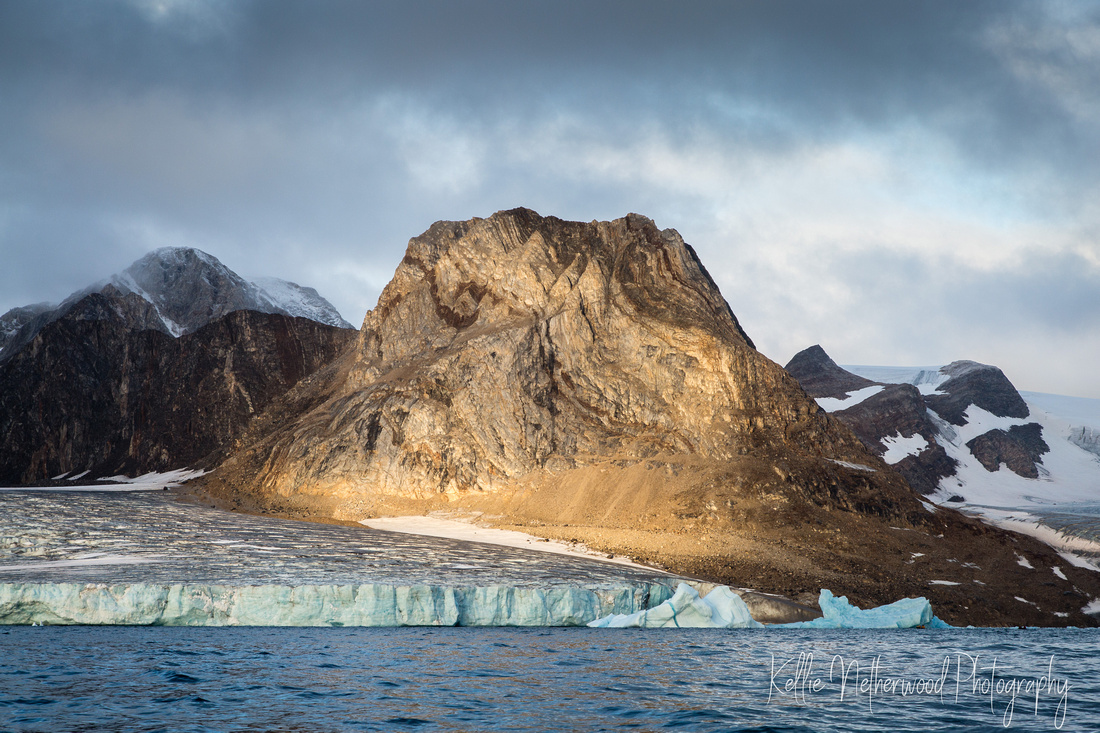 Our expedition leader’s announcement of the next day’s plan is met with a predictable gasp of dread from a small number of passengers who are mentally weighing up the pros and cons of such an early start. For everyone else however, it is a welcome distraction from the rough sea that has seen most of us cabin-bound for the first full day of our adventure. We are anxious to get off the ship and excited to start exploring the destination we have all come to see.

I feel energised by the anticipation of the journey that lies ahead of me and as I look around, I realise I am not alone. The mood in the room has lifted – along with the winds that have accompanied our journey through the Denmark Strait and Greenland Sea. 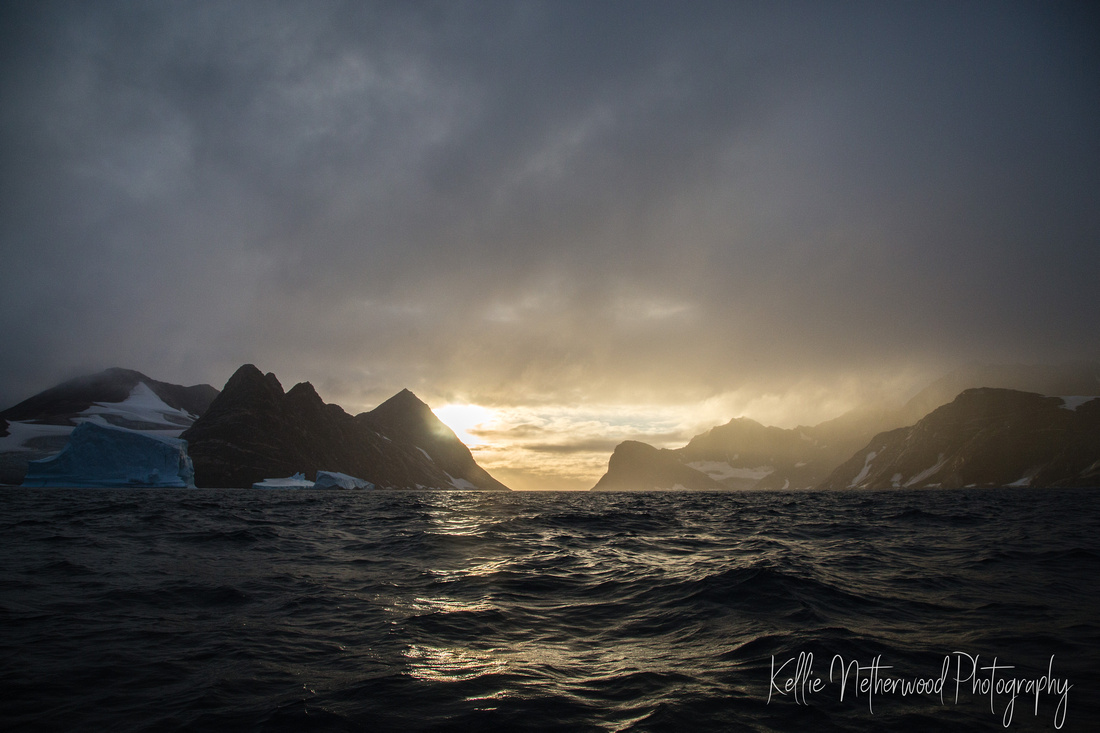 Conversations are flowing naturally between random strangers who only met the day before and the inevitable “where are you from and what do you do for a living” questions begin. Replying with “I work in finance” is a guaranteed conversation stopper and as I watch faces glaze over with disinterest, I comfort myself with the knowledge that it won’t be long before glaciers, northern lights and icebergs dominate our dinner-time chats.

The last thought I have before the swell of the sea lulls me into sleep that evening, is the reminder of one of the things I love most about travel: its ability to eliminate the background and lifestyle differences that would normally prevent strangers paths from crossing. Although the 58 passengers on the ship come from different backgrounds, we are united in our interest in East Greenland, a general sense of adventure and the hope that our first excursion goes ahead as planned the next morning, 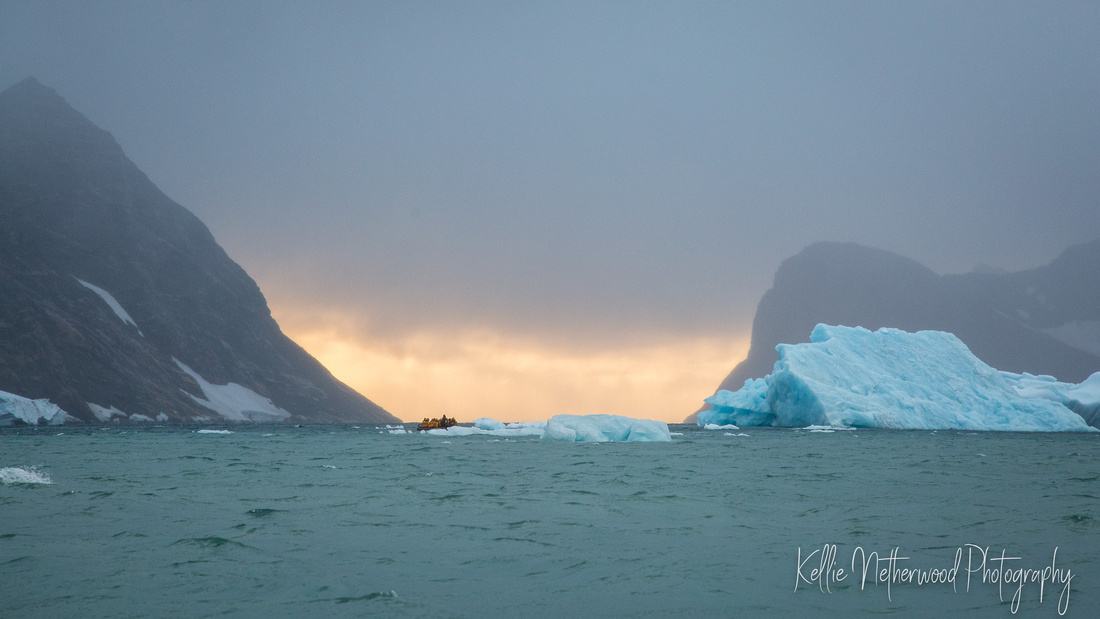 Despite the conditions being deemed “favourable”, the morning begins with grey skies and as I step into the zodiac, I pull up the hood of my jacket to shield my face from the light rain and cold wind. It doesn’t detract from my excitement though, as I take in my surroundings.

We are cruising in a strait of water that separates the W shaped Warming Island from Liverpool land, 550 kilometres north of the Arctic Circle on the east coast of Greenland. The island was only recognised as such in 2005 when it was discovered that retreating ice shelves had detached it from the mainland. The disappearing glacial ice has gained the interest of both climate change advocates and sceptics, and as the morning light breaks through the clouds and the rain stops, I am grateful for the opportunity to be introduced to Greenland alongside glaciers and icebergs in such a dramatic setting. 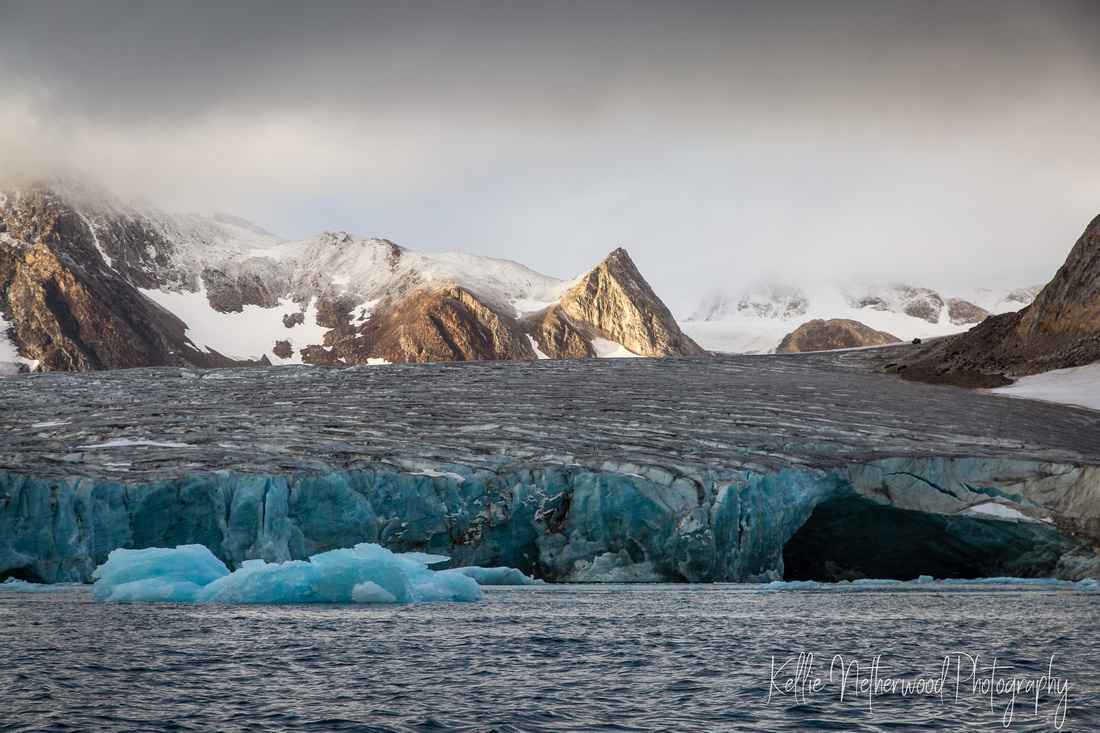 Wild, remote and rugged: deep within the Arctic wilderness, home to a rich Inuit culture and fascinating history; land of the midnight sun and northern lights; the world’s largest island with 80% of its land covered by an ice cap – this is Greenland.

And I can’t wait to see more of it.