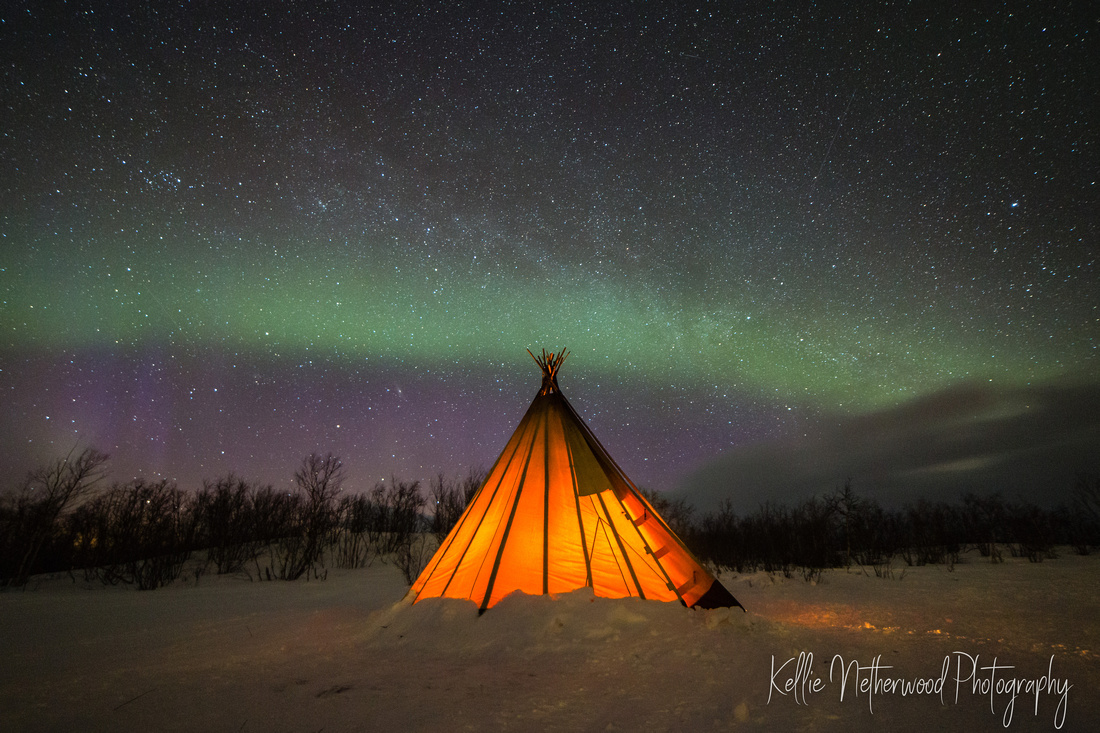 I feel hypnotised, captured in a moment where time is standing still, the seductive dance above me the only movement in an otherwise frozen environment. My eyes follow the green shadow moving across the sky, mesmerised by its constantly changing shape, each twist and turn morphing into the next.

The aurora borealis is dancing above me – and her performance is captivating. 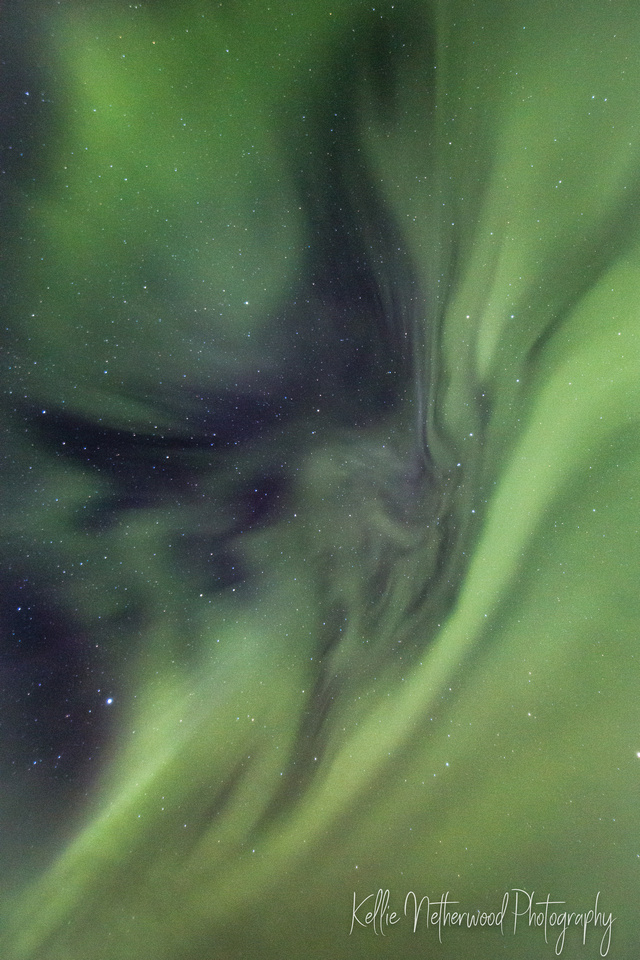 The scientific explanation for the aurora borealis (or northern lights) is the collision between electrically charged particles from the sun with gases within the earth’s atmosphere. But as I stand beneath this scientifically validated phenomenon, my heart wants to believe it symbolises something more powerful, meaningful and mystical.

Some early civilisations shared the belief that the aurora was a dance performed by the Gods. Ancient Inuit cultures believed them to be the spirits of dead humans playing a ball game with a walrus skull. Even today, there are Sami communities who don’t speak of the aurora during daylight hours, believing them to be a message from dead ancestors deserving great respect. And some people still believe children conceived under the lights will be particularly intelligent and blessed with good fortune.

It’s not the first time I’ve seen the northern lights, having enjoyed sightings over the past few years in the Lofoten Islands (Norway), Iceland and East Greenland.  But every sighting is different and standing beneath them now, in Abisko in Swedish Lapland, I feel the same way I did the first time I saw them – in awe of the power, beauty and unpredictability of nature. 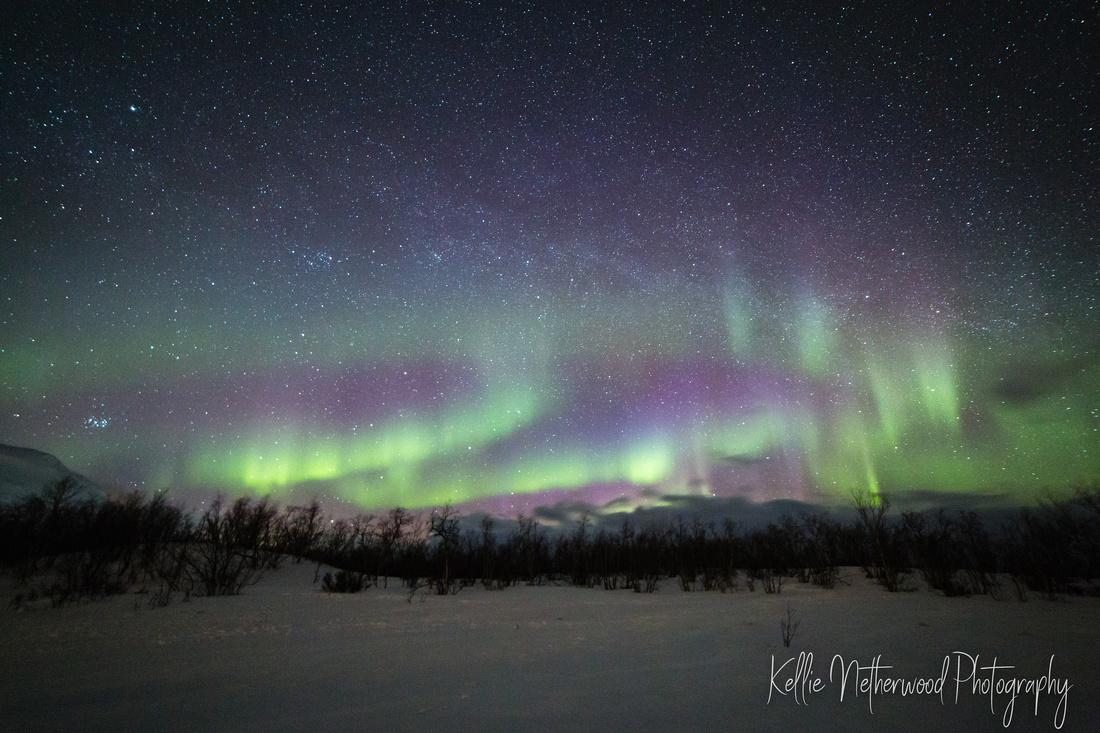 From a faint aurora floating through a starry sky to the vibrant dancing colours of a geomagnetic storm, my recent visit to Abisko delivered sightings on all five nights I was there.

And whilst an element of this was good luck, with a successful aurora sighting being the result of clear skies, the absence of light pollution and strong enough solar activity, the location of Abisko itself contributed to my good fortune.

Abisko is a small village in northern Swedish Lapland, with approximately 80 permanent residents that increases to more than 100 during the winter tourism season. It lies 150 miles inside the Arctic Circle at latitude of 68 degrees, which places it within the ‘Auroral Circle’ - a ring around the geomagnetic North Pole where aurora activity is most likely to occur. 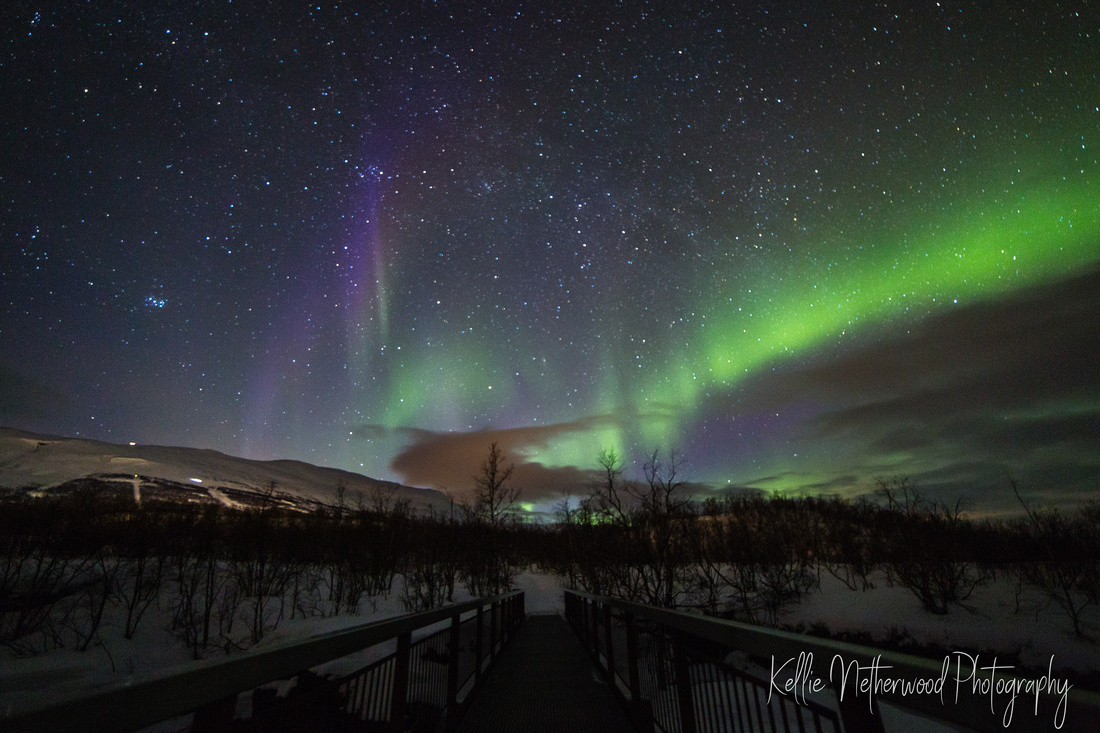 What really makes Abisko unique however – and ideal for northern lights sightings – is the surrounding mountains and prevailing winds that contribute to a micro-climate that keeps the clouds away, providing some of the clearest skies in the world. As a result, a forecast of cloud cover that would normally dishearten aurora hunters is nothing to fear in Abisko, as the ‘Abisko blue hole’ regularly creates a break in the clouds above Lake Tornetrask despite overcast weather in surrounding areas.

The absence of light pollution, a high latitude with regular aurora activity, above average clear skies: these are the factors that increase the probability of seeing the aurora – and these are the key features of Abisko.

In addition, it boasts a scenic winter landscape of frozen lakes and snow-covered mountains and forest, it offers many outdoor activities including dog sledding, skiing, snow-shoeing and ice-climbing and there is the opportunity to meet and learn more about local Sami reindeer herding communities.

Abisko - the perfect location for a winter northern lights adventure. 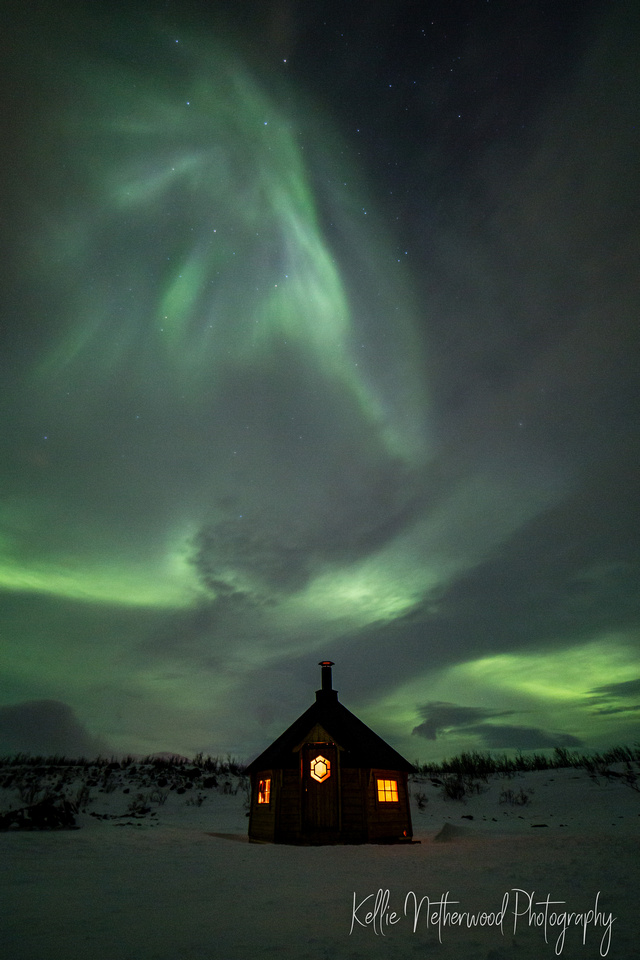 I stayed in Abisko for 5 nights, planning my trip through Lights Over Lapland (which included activities provided by Visit Abisko). They offer a number of different packages throughout the winter season and I highly recommend them based on my experience.

I flew from London into Stockholm to connect with a short domestic flight to Kiruna. From there, Abisko is reached via a 1.5 hour drive on a well-maintained road. 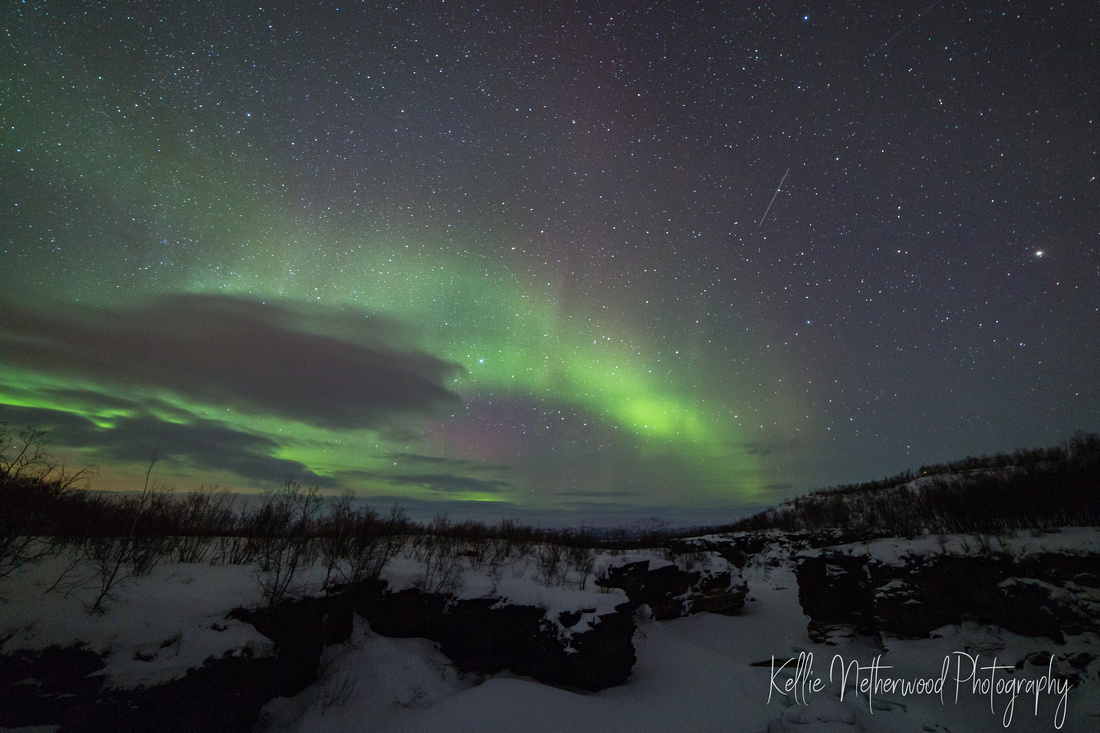