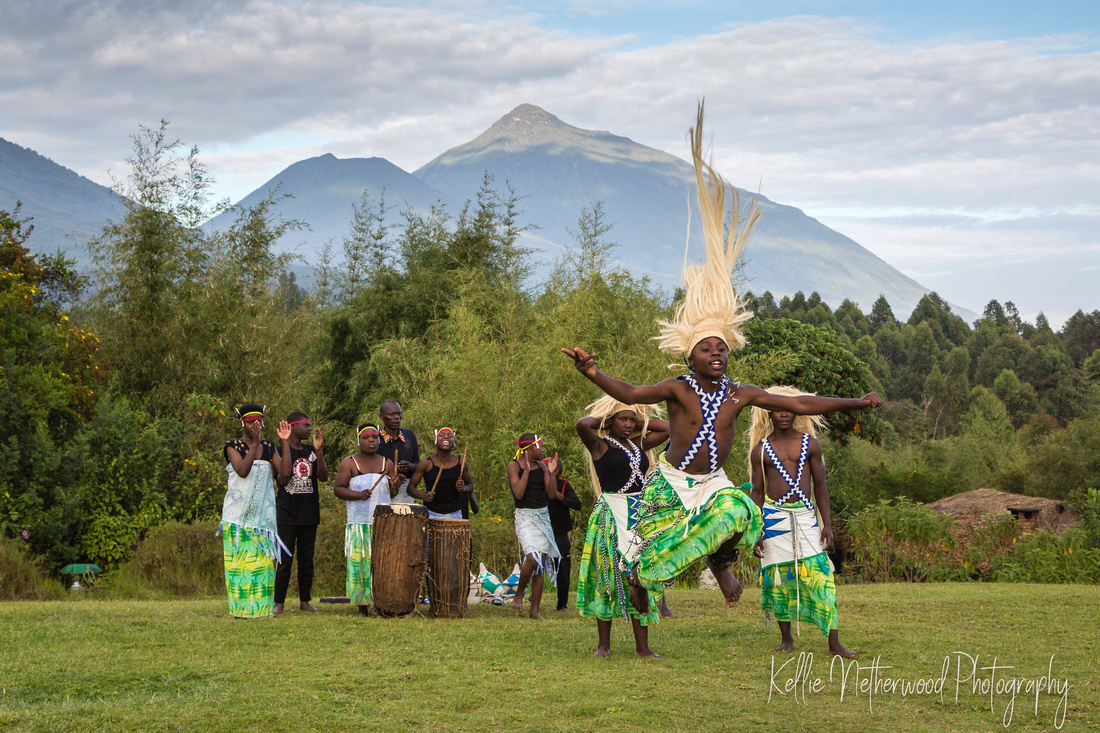 You probably know that Rwanda is one of only three countries in the world where the critically endangered mountain gorilla lives.   You've undoubtedly heard of the devastating genocide that took the lives of more than 800,000 people in just 100 days in 1994.  And you are probably aware of its location as a land-locked country in east Africa.

1. It was the first country in the world to ban plastic bags, significantly lowering the environmental damage caused by plastic waste.

2. It's one of the cleanest countries in Africa, if not the world.  In addition to the plastic bag ban, Umuganda is held on the last Saturday of each month, where all residents, including the President, participate in community cleaning projects. 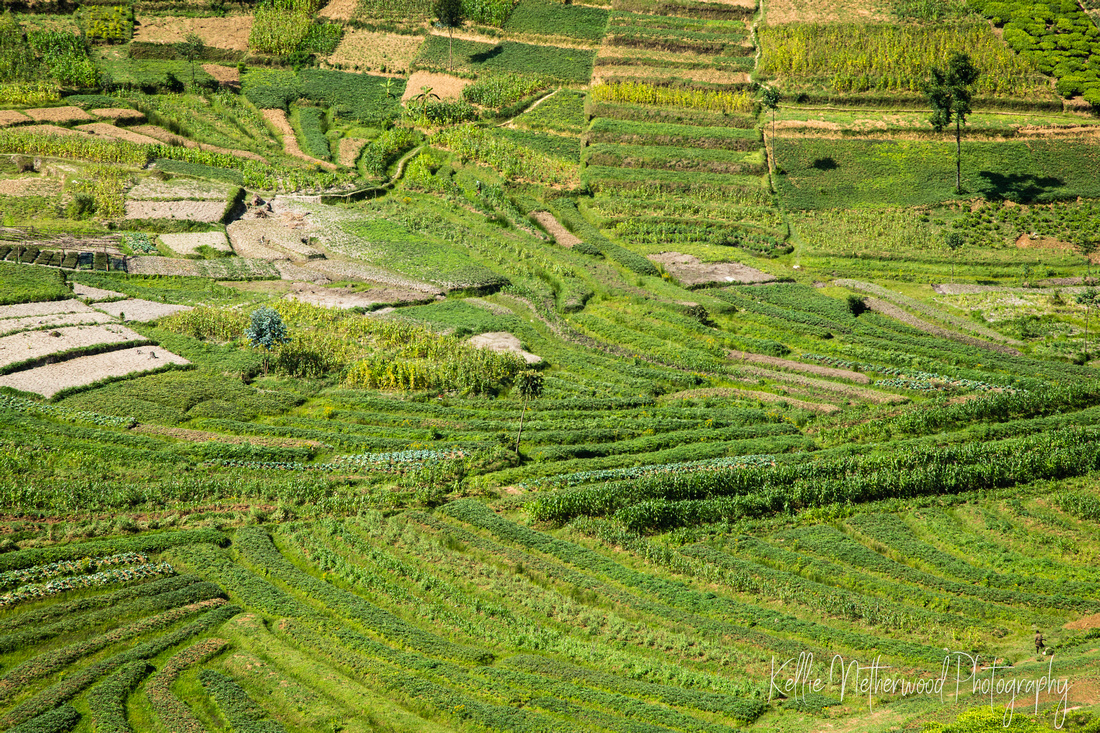 3. Rwanda has the world's highest representation of women in parliament and is one of the only two countries in the world with more than 50% of women represented.  By comparison, the UK, Australia and USA all have less than 30%.

4. It is one of the most densely populated countries in the world with more than 12 million people sharing a land area of 26,340 km2.

5. It is rated the safest country in Africa and fifth safest in the world with it's low crime rate. 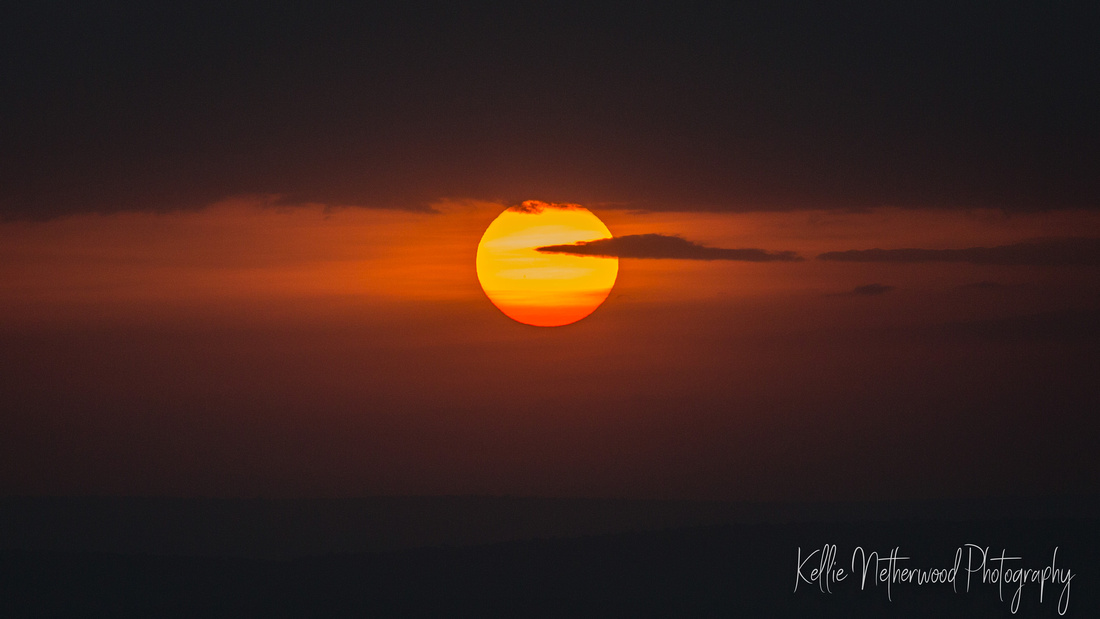 6. The 1994 genocide was more complicated and horrific than you probably realised.  Like most foreigners from the outside looking in, you probably know the facts: more than 800,000 people massacred in 100 days and many more injured, displaced or forced into refugee camps.  But when you look beyond the internationally reported facts and visit some of the memorials that exist throughout the country, you realise the personal stories, extent of the brutality and the tales of betrayal are incomprehensible and completely heart breaking.

Understanding the decades of division and instability that culminated in the genocide, as well as the specific events that took place in 1994 is important for any traveller in Rwanda - not only to respect the country's history but to appreciate the spirit of a nation that is reconciling, reunifying and rebuilding at an inspiring rate.

7. Reconciliation Villages are fostering healing and forgiveness.  It isn't difficult to understand a thirst for revenge after the 1994 genocide, but Rwanda's leaders are trying to break the dangerous cycle of 'hatred breeds hatred'.  Balancing a focus on the future with giving its people time, support and tools to heal has proven to be an effective approach.  One of these tools is the introduction of reconciliation villages where, incredibly, perpetrators and survivors co-exist in an environment that facilitates remorse and forgiveness.  The effectiveness of these villages speaks volumes for the spirit and character of the Rwandan people. 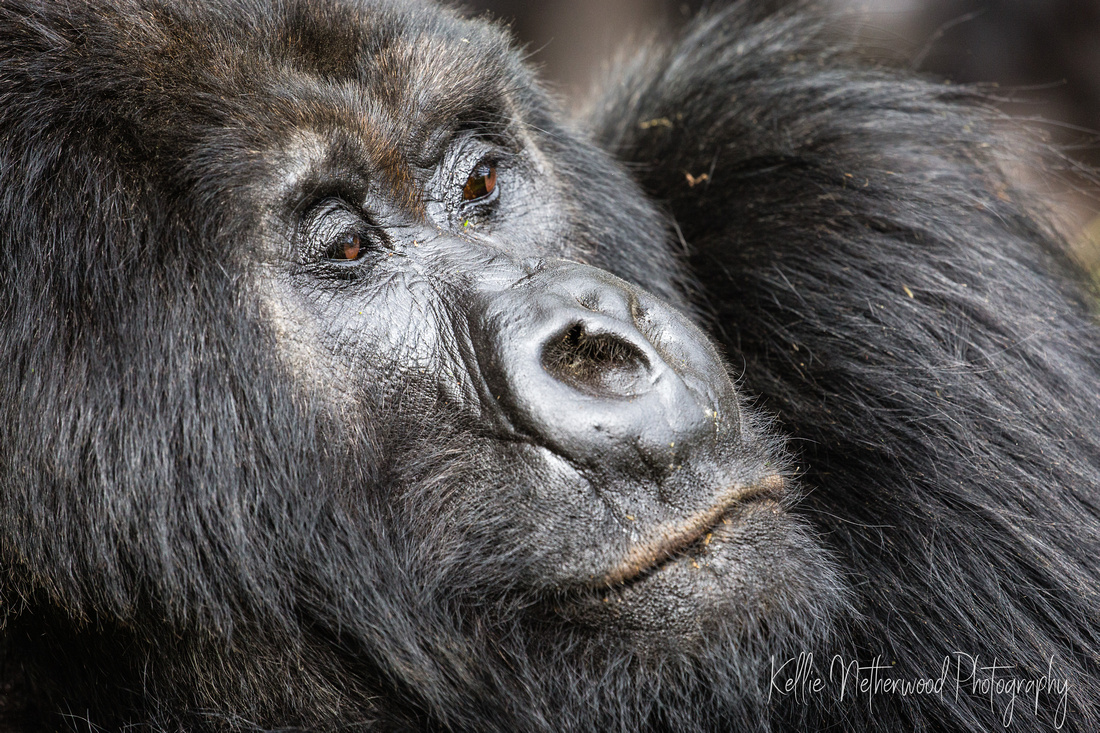 8. The critically endangered mountain gorilla population is increasing.  In 1985 there were only 250 gorillas left due to poaching, disease and habitat threats.  Today the population is nearly 900, with approximately half living in Volcanoes National Park that crosses Rwanda, Uganda and DRC.  This figure is growing each year due to conservation awareness and initiatives supported by tourism income.

9. The Rwandan Cycling Team are national sporting heroes.  Team Rwanda was founded in 2006 after international visitors to the country saw the strength and potential of local cyclists navigating the steep inclines of the land of a thousand hills as part of their daily lives.  In less than a decade, the team have become a respected cycling nation with international success.  A women's team was launched last year and the annual Tour du Rwanda now attracts a number of international participants. 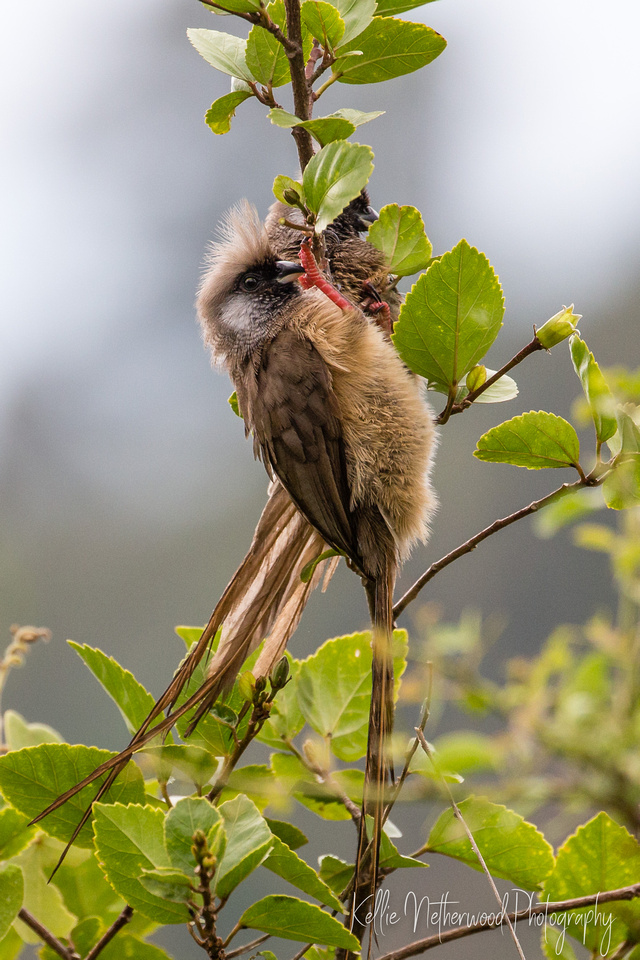 10. Rwanda will soon be a Big 5 Safari Destination.  After the successful re-introduction of lions in 2015, black rhinos will complete the Big 5 in Akagera National Park when they arrive from South Africa this year.

11. Rwanda is rated as one of the top five destinations in the world for bird watching and has one of the highest bird counts on the continent.  More than 700 species have been recorded in Rwanda with many of these endemic to the country.

12. Approximately 25% of Africa's primates live in Nyungwe National Park where thirteen different species can be found, including the chimpanzee, blue monkey and owl-faced monkey. 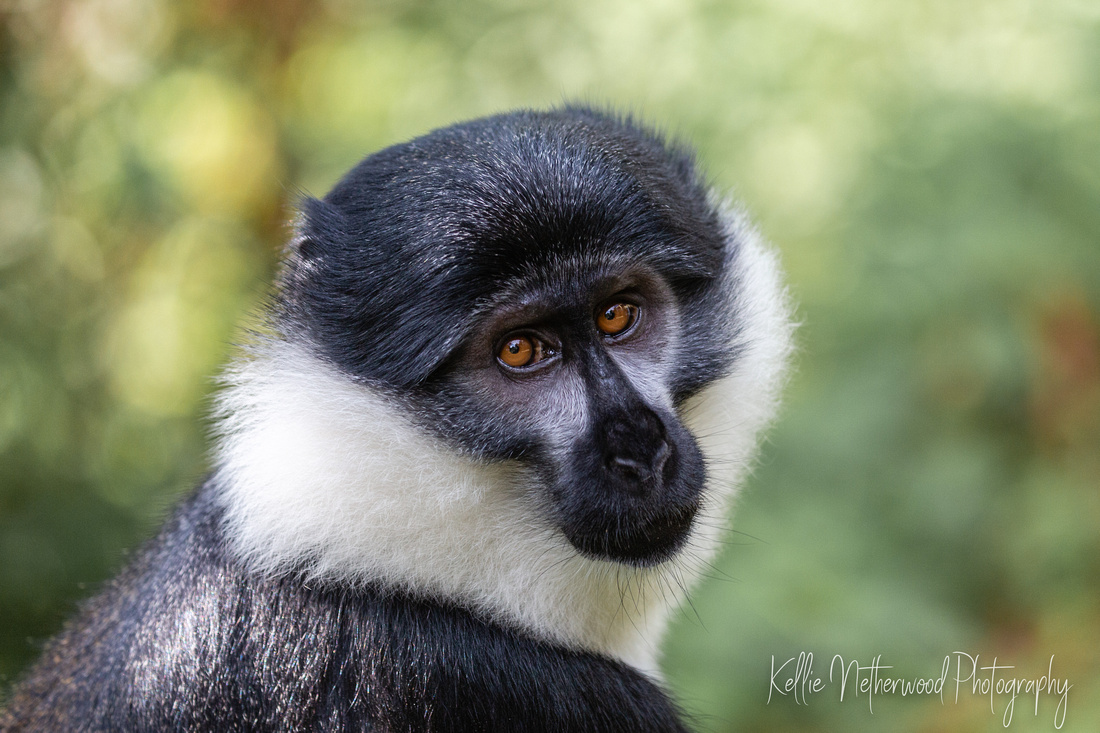 13. Rwanda has embraced digital technology and has some of the best Internet access on the continent, after the implementation of fibre optic cables throughout the country.

14. Rwanda is embracing home grown solutions such as milk distribution to all children in school, one cow distributed to each low-income family and the re-introduction of gacaca courts. This traditional community judicial system was re-introduced in 2002 to help clear the backlog of genocide suspects still in prison.  It transfers the court process back to village communities, where community leaders facilitate conflict resolution and pass final judgement.  Reportedly this has not only been effective in clearing the backlog of cases, but is another tool helping survivors and perpetrators move forward peacefully through remorse and forgiveness.

15. More than 90% of Rwandan's have access to medical insurance.. Life expectancy has risen by ten years in the last decade, child mortality rates have decreased and the quality and accessibility of health-care has significantly improved.

16. It is know as the Land of a Thousand Hills due to its intensely mountainous terrain.  It has five volcanoes, 23 lakes, steep rice terraces, lush tea plantations, a savannah reserve and a number of rivers, including some that form the source of the Nile.

17. Names hold special meaning in Rwanda with those given to babies usually representing the circumstances or environment surrounding their birth.  I met a number of young Rwandans who introduced themselves as Patience, Innocent or Peace, a reflection of the post civil-war era.  The Kwita Izina naming ceremony has been extended to the mountain gorillas, with an annual event giving names to new-born gorillas in appreciation of these national icons of the country.

18. Ex-poachers are now ‘guardians of the gorillas’.  Edwin Sabuhoro (who is also the founder of Rwanda Eco-Tours who I travelled with) has been recognised as a ‘CNN Hero’ for his efforts in gorilla conservation and transforming the lives of communities who previously relied on poaching as a desperate source of income for their families. Concerned by the level of poaching in the area, he left his job as a gorilla tracker in Volcanoes National Park in 2004 to pose as a buyer for a kidnapped baby gorilla. Not only did he find the perpetrators, he spent time with them to understand their motives and work with them to identify and implement alternative income streams. More than a decade on these ‘poachers’ now refer to themselves as ‘guardians of the gorillas’, run a fantastic cultural village and are benefiting from the tourism income the growing gorilla population brings to the area. 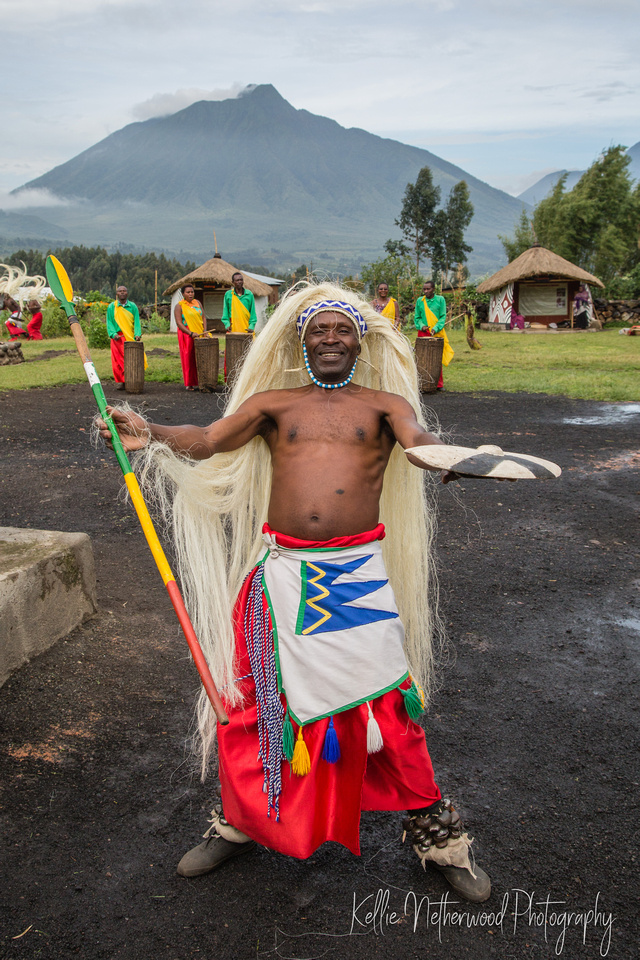