Time feels as frozen as the icebergs floating on the bay in front of me. My mind has stopped wandering, incapable of focusing on anything but the moment I am in. My eyes are fixated on the seemingly motionless water that has exploded into a kaleidoscope of soft tones, reflecting from the sky as the sun falls towards the horizon.

I reluctantly acknowledge that the sun setting on Scoresby Sund is symbolic of my time in East Greenland coming to an end. I had returned from our last land excursion a few hours earlier and have started to pack my bags as our ship begins its approach to Constable Point where a charter flight will return us to reality tomorrow.

I’m not ready to leave. 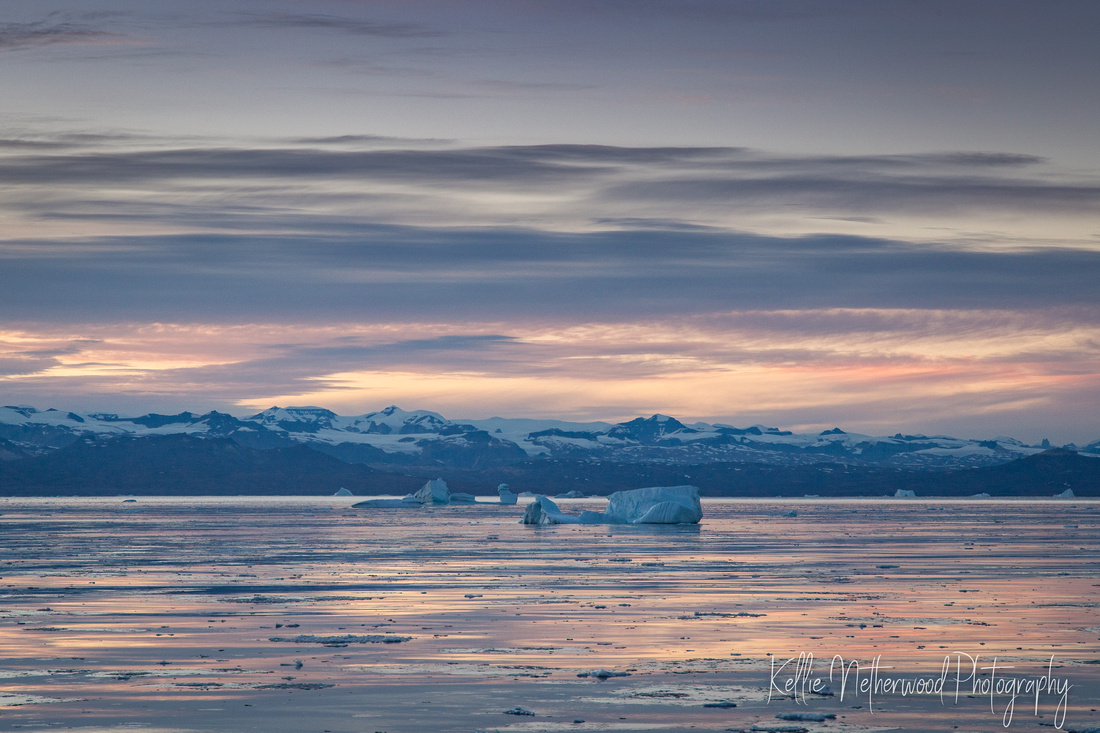 I have an energising realisation that I haven’t given any thought to the outside world since turning off my phone in Reykjavik nearly two weeks earlier. And as the sun sets on tranquil Viking Bay, it’s easy to understand why. Not only do I feel most connected when disconnected, but the sensory overload that has increased with each new location and excursion on this journey has left no room for any other thoughts.

East Greenland has exceeded my expectations and just when I thought it couldn’t get any better, the last evening provides one of the most beautiful sunsets of the trip as we detour through Viking Bay to make the most of fit. 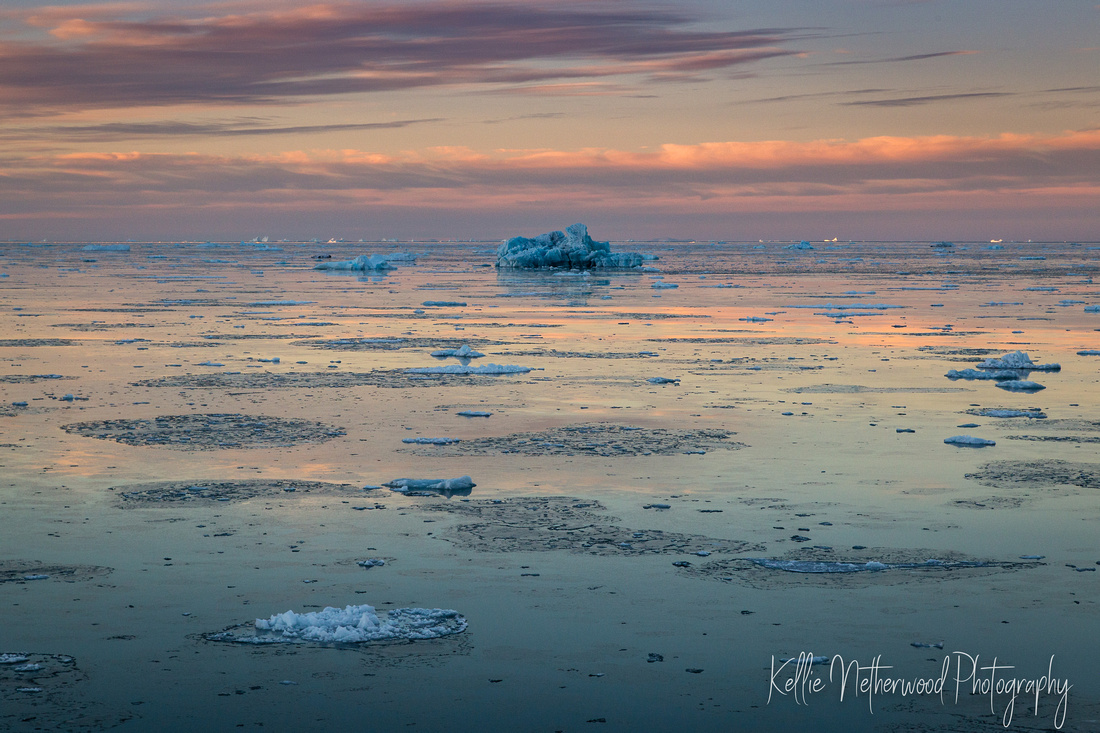 Aside from announcing the impending end of the trip, the setting sun and our detour through Viking Bay are symbolic of two recurring features of the journey that have contributed to many of my favourite moments. The first is the spectacular light that has provided many photographic opportunities both in Scoresby Sund and further north through Kong Oscar Fjord. The second is our Expedition Leader’s flexibility and determination to optimise the conditions at each location.

Both of these combined beautifully a few nights earlier at Maagetuen on Scoresby Sund. A day that had already featured a number of overwhelming highlights, ended with an unplanned zodiac cruise through a maze of towering icebergs. The sun at Maagutuen set with a fiery explosion of warm orange tones, adding atmosphere to an already dramatic bay of water, filled with icebergs fighting for space. 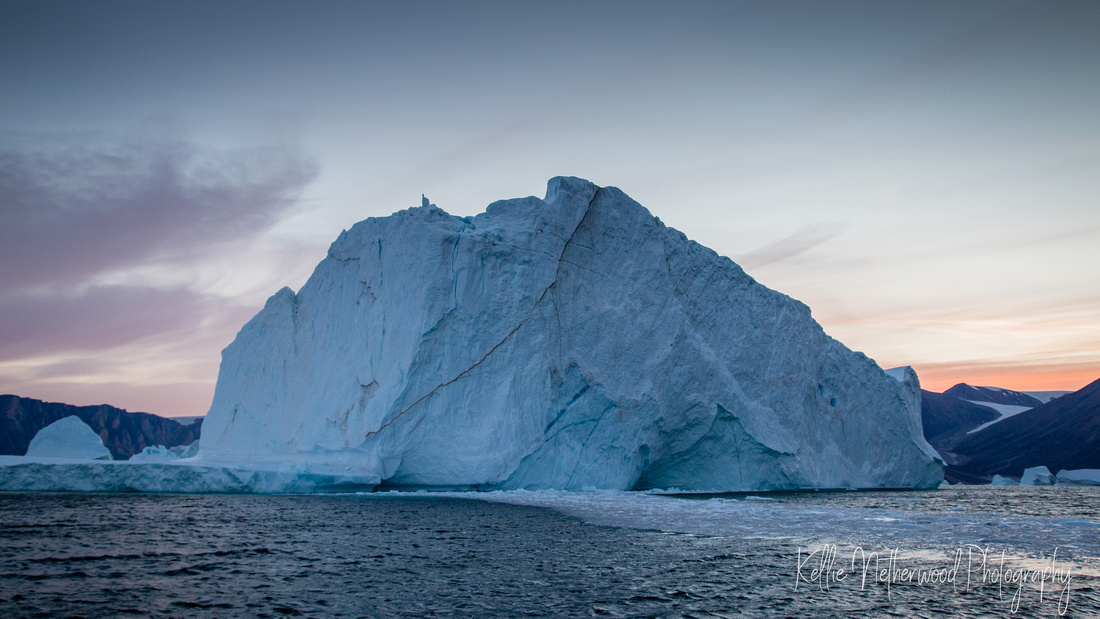 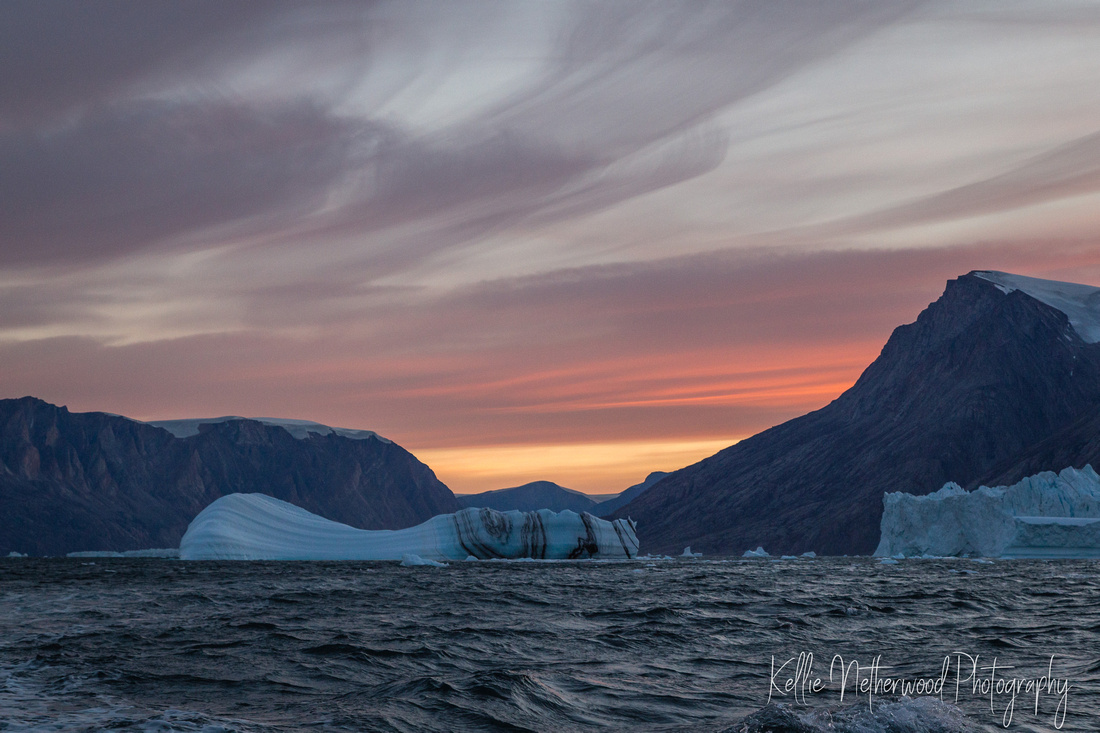 It was another ‘wow moment’ in a trip already overflowing with them. 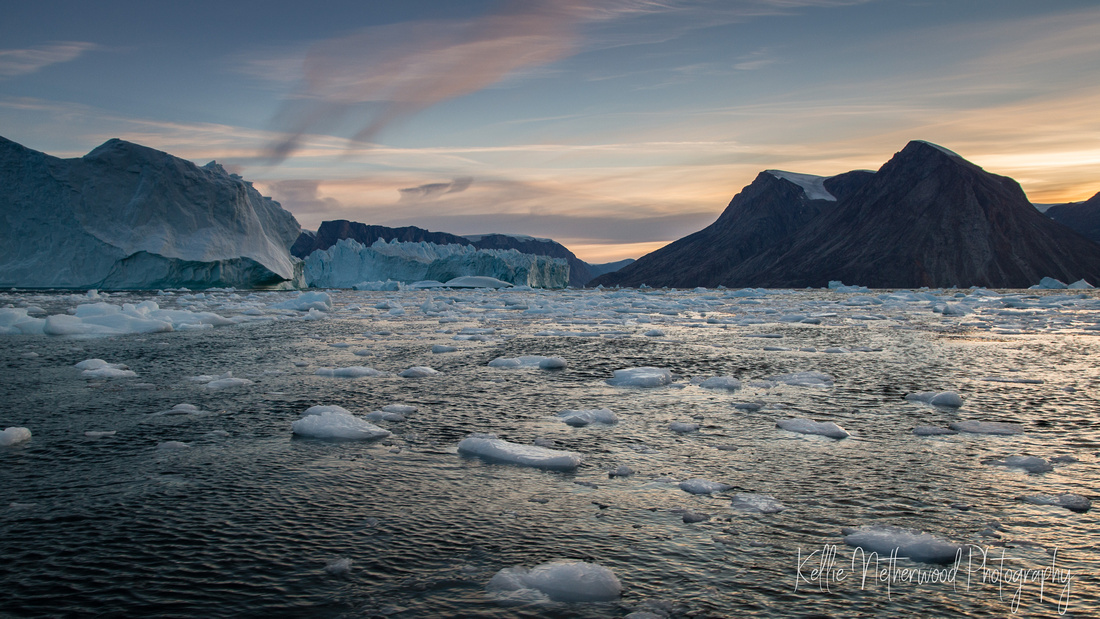 I look back out at Viking Bay and reflect on what has been a fantastic journey through a spectacular part of the world. I’m not quite ready to let it go yet, and even as the sun sets, I remain out on deck.

My first journey to Greenland may be coming to an end, but I know it won’t be the last. In a world that often feels over-explored and over-shared, there are still locations that offer a unique feeling of discovery and adventure – and Greenland is one of them.