The Murray River is the third longest navigable river in the world, after the Amazon and the Nile.  It begins its journey in the Australian Alps in Kosciusko National Park, travelling through three Australian states (South Australia, Victoria and New South Wales) before flowing into the open sea.  The Murray River invites visitors to relax, unwind and explore - and in my case, photograph. 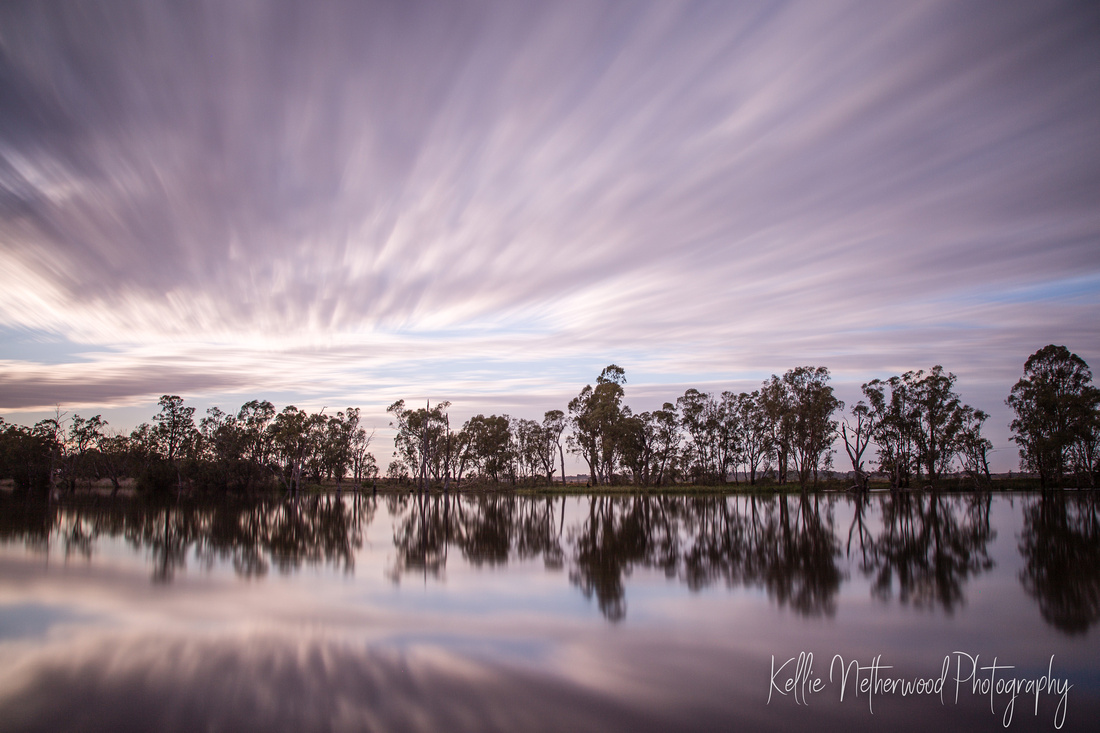 The sounds around me are amplified by the absence of traffic and conversation. The chatter of nocturnal wildlife fades as night morphs into day, replaced by the song of wakening birds. The sky explodes into colour as the sun stretches above the horizon, signalling the start of another day.

A few hundred metres behind me is the entrance to the Berri Caravan Park, where most of its visitors remain asleep in their tents, caravans or cabins. A ten minute walk to my right will take me past a popular riverfront hotel on a road that turns into the main shopping street of this small town in South Australia’s Riverland region. If I jump into the car and follow the Sturt Highway for three hours, I’ll be back in the city of Adelaide.

But my proximity to civilisation and the noise it has the potential to create is overshadowed by the tranquility of the scene of natural beauty in front of me.

The sun is rising above the Murray River – and it was worth setting the alarm for. 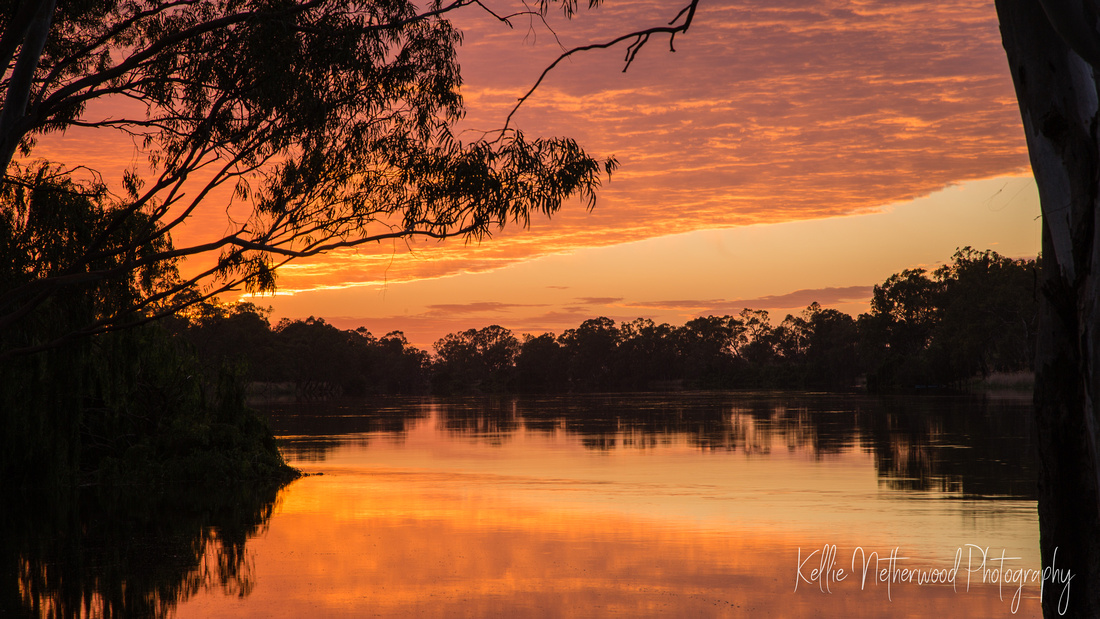 I’m standing alongside the river at Berri. I was standing in the same spot last night as the sun set for the day and I returned a few hours later to capture the large and starry sky.

I am sneaking photographic opportunities into a family catch up weekend and capturing just one aspect of a river that flows for more than 2,500 kilometres through beautiful, natural and contrasting landscapes.

Water levels are high – the impact of recent upstream storms – and locals tell me they are expected to rise further. The wind is negligible, helping beautiful reflections appear in the water. And conditions are clear – creating colourful sunsets, vibrant sunrises and vivid starry skies.

My time – and location – alongside the Murray River is limited. But my timing is great. 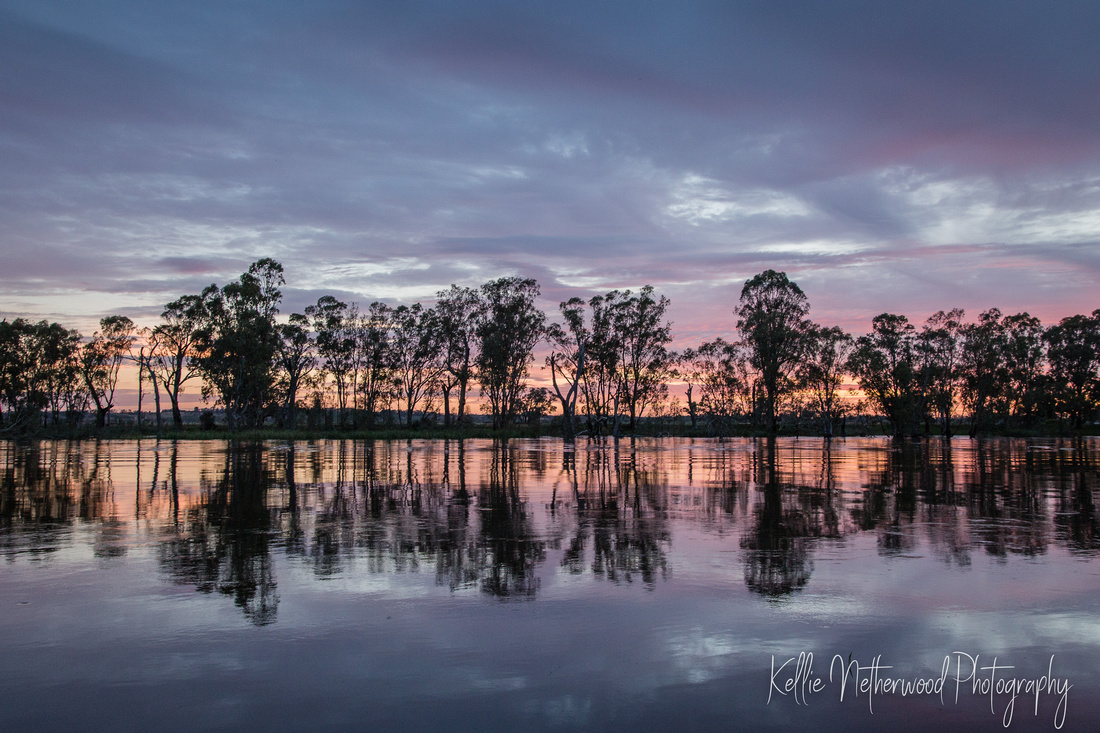 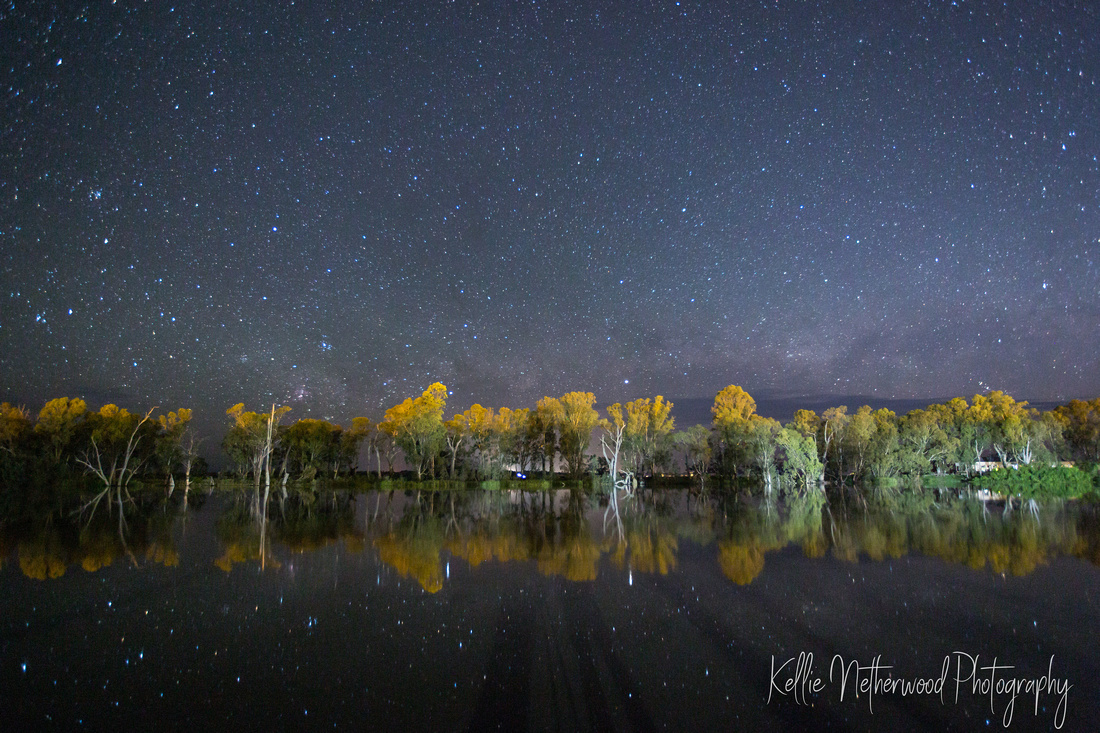 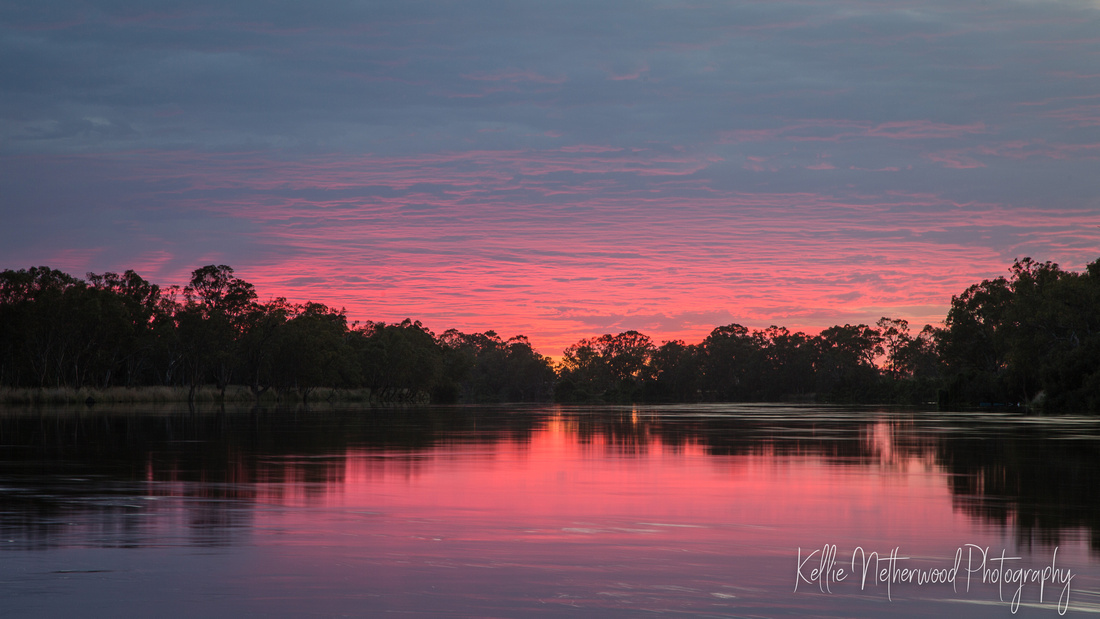 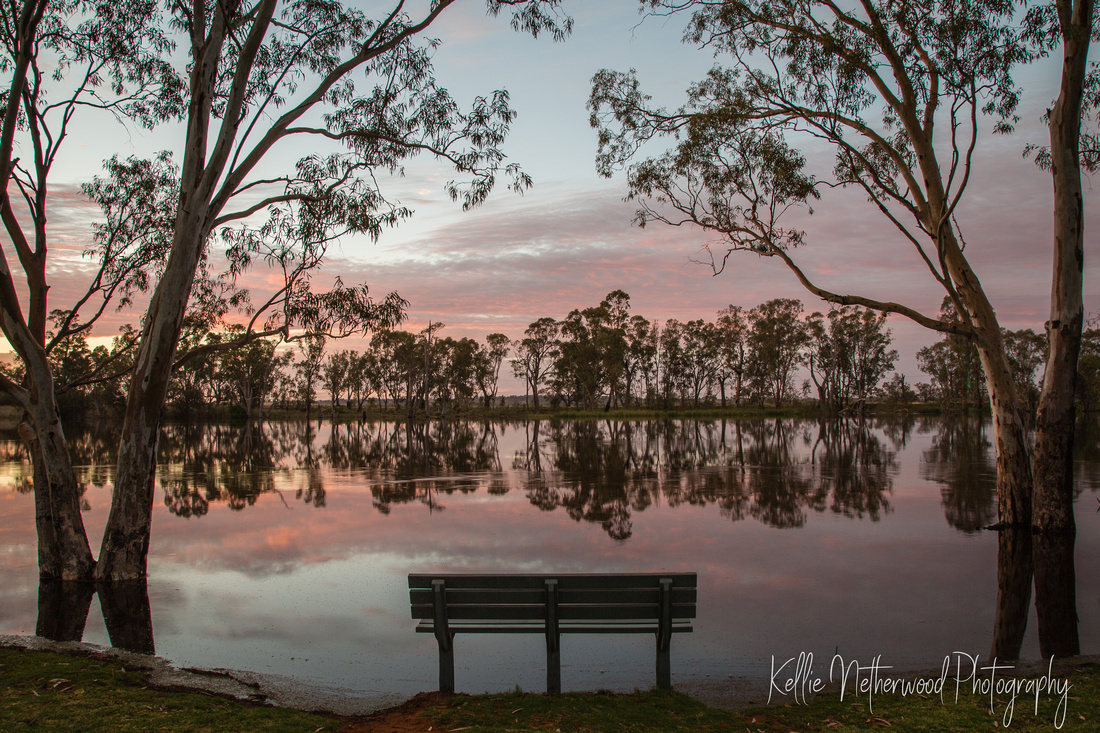 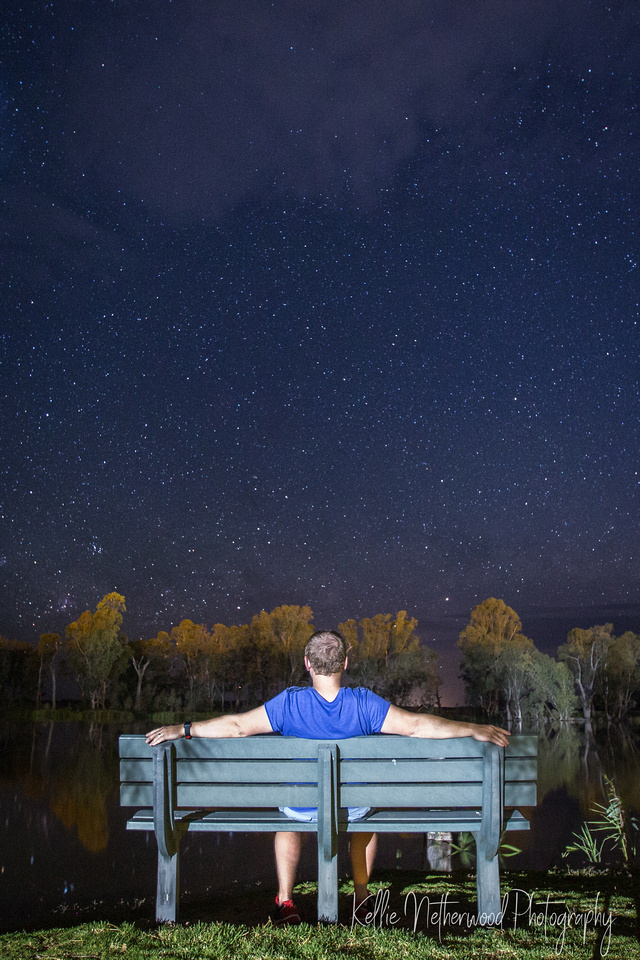 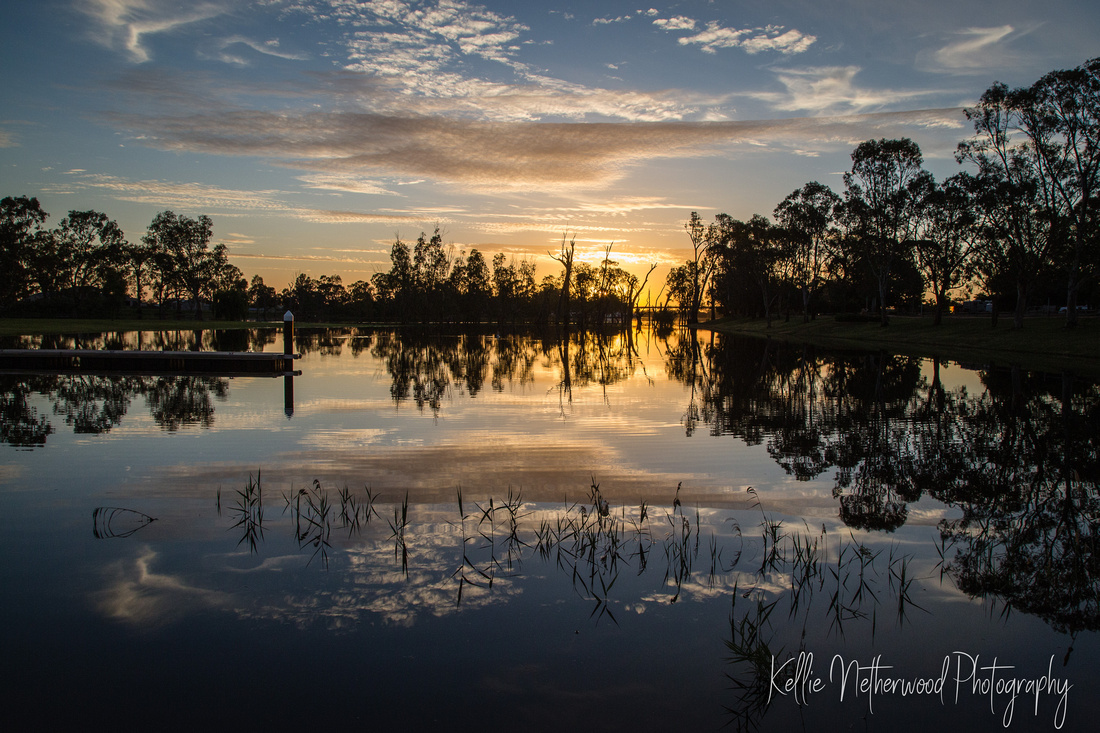